These are the lines that adorn the brand which epitomises excellence in the field of Swiss Watch making!! Switzerland - the land of Chocolates and Watches would feel proud to see this brand  associated with Formula 1 and Top Celebrities from Different Fields, be it Sports, Movies or Modelling!

The Name is TAG HEUER and today I showcase my love for this brand. 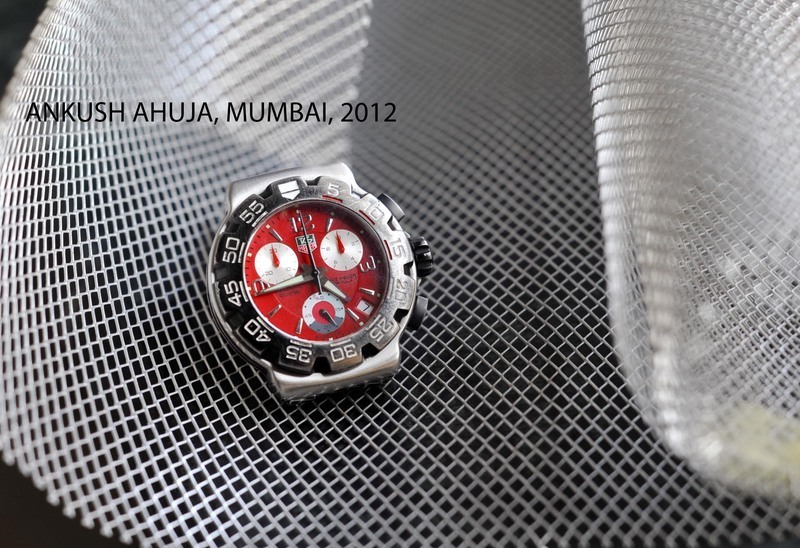 The next purchase was the eyewear designed by the same man - The Tag Heuer Reflex!

The Uber Cool, Stylish Numbered Spectacles turned many a heads whenever I wore it. The Frameless Spectacle adapts to the Facial Characteristics making it really comfortable.

The Black Dial, 1/10th sec Chronograph comes with a Tachymeter and is the Pinnacle of the Formula 1 series of Tag Heuer. The Craftsmanship of this watch just awed me.

I was awarded by Tag Heuer for Showcasing my Collection.. A BIG THANK YOU TO TAG HEUER INDIA. -

I don't need to say more... Pictures are more than Enough! 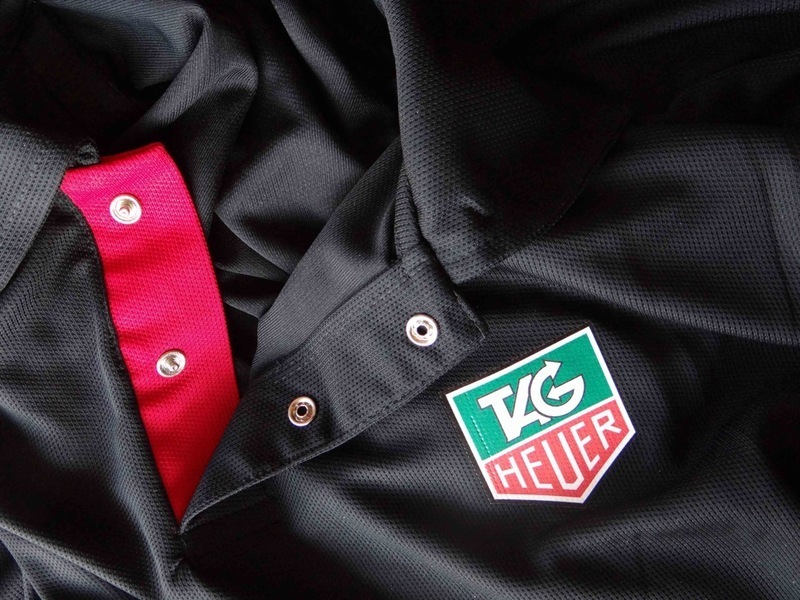 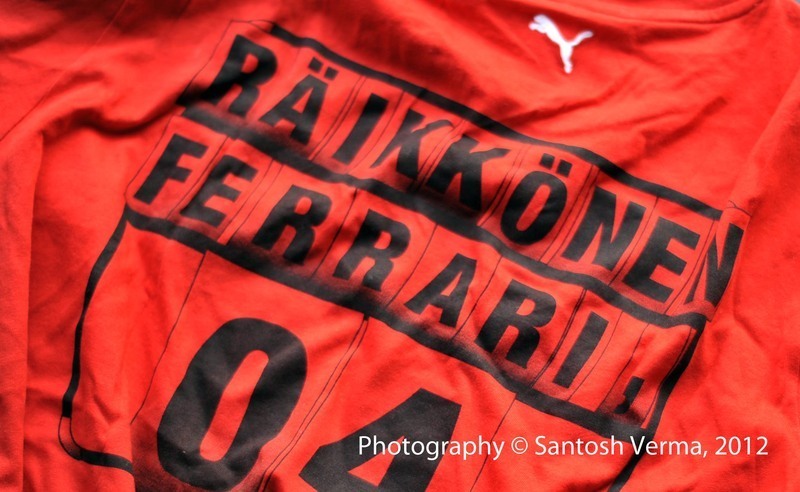 "The Iceman", "The Flying Finn", " The King of SPA" , These are some of the names given to the man who made it to Formula 1 after just 23 races in the Formula Renault Series! - A Jump many considered too dangerous for Formula 1. His Monosyllabic Answers and Expressionless Face make him a nightmare for media; but as a McLaren Mercedes' pit crewmember said "Outside He is a different guy, an introvert, but when He gets behind the wheel, his character changes completely! He is focussed and has so much knowledge about his car.. Its simply Astonishing!"

The man is from Espoo, Finland , the 2007 Formula 1 World Champion KIMI RAIKKONEN!!

Well lets have a quick look at his Formula 1 Career :

Peter Sauber, Owner of Sauber Formula 1 team signed him for the 2001 season amidst opposition from many critics because of Kimi's Racing Inexperience. However the Finn didn't disappoint achieving four points-scoring finishes and eight finishes in the top eight. Completing the year with 9 points, Räikkönen, along with teammate Nick Heidfeld, helped Sauber to what was then its best result of fourth place in the constructors' championship.

Ron Dennis a long admirer of Finnish Drivers considered him a worthy replacement for the retiring Double World Champion Mika Hakkinen and signed Kimi in 2002, Ferrari also being a prospective destination.

2002 - 2006 saw him complete 5 seasons with McLaren Mercedes. The Woking Based team however suffered from unreliability which cost Kimi dearly in the Championships. He finished 2nd in 2003, two points separating him and the winner Michael Schumacher. 2005 could have been his year but poor reliability and component failures forced him to finish 21 points behind Fernando Alonso - Youngest Formula 1 champion in 2005. McLaren Mercedes struggled in the other season inspite of having quick cars.

Kimi finally made the much anticipated switch to Scuderia Ferrari in 2007 taking the place of the 7 time Formula 1 World Champion Michael Schumacher. However Kimi never let the disappointments of the previous seasons trouble him as he clinched his maiden Formula 1 Championship in the last race in Sao Paulo ( Brazil ) winning by a solitary point from Lewis Hamilton and Fernando Alonso.

2008 & 2009 saw him struggle again. The first half of 2008 was fruitful with Kimi getting a couple of victories but Tyre Temperature issues troubled him in the second half. 2009 witnessed many changes most notably Kinetic Energy Recovery System ( KERS ). Ferrari opted to use it though it was optional and struggled throughout the season. He however did win His Favourite GP of Spa Franchorchamps in Belgium winning 4 times in the last 5 Belgian GPs earning the title "THE KING OF SPA" .

2010 saw him leave Formula 1 for Rallying. Ferrari replaced him with Fernando Alonso.

After a couple of mediocre seasons in Rallying with the Citreon B Team, rumours were ripe of Kimi's return to Formula 1 when he was spotted at Williams' Oxfordshire factory during the Singapore GP weekend. However the talks failed and just when all hope seemed lost, Lotus Renault surprised us all.

The Announcement came on 29th November 2011 with Lotus offering the Finn a 2 year contract.

Kimi Raikkonen will have to settle in quickly to challenge his Close Friend Vettel's Crown.  Although experts are having mixed reactions about his return, underlining Schumacher's performances as a reference, I feel Kimi when given the right car is more motivated to win than anyone else on the grid. In his words "Only I know what is going on in my mind" goes to prove that the Finn wants to prove his worth again. The 2nd Highest Sportsman in 2009 knows how to accomplish the task at hand.

He will have to first build Renault, using his Formula 1 expertise and making them the team that they were in 2005 & 2006. Renault knows that guys like Raikkonen, Alonso are born racers and I am sure this move won't backfire. Kimi has enjoyed his preliminary testing in Valencia and has said he is more motivated than ever. Alonso has welcomed his friend's return to Formula 1. “Kimi’s return is certainly a very great news for all of us, not only to Formula 1, but also for the spectators, for people who love the races, because he is a very talented driver. I have always respected him and a driver you can trust racing wheel to wheel,”

His return has aroused the Formula 1 passion for supporters like me. We hope to see King Kimi back on the podium soon and Hopefully even lift his Second World Title. 2012 Season Bring it on!!

Till then Adore the Man in his new Avatar!! 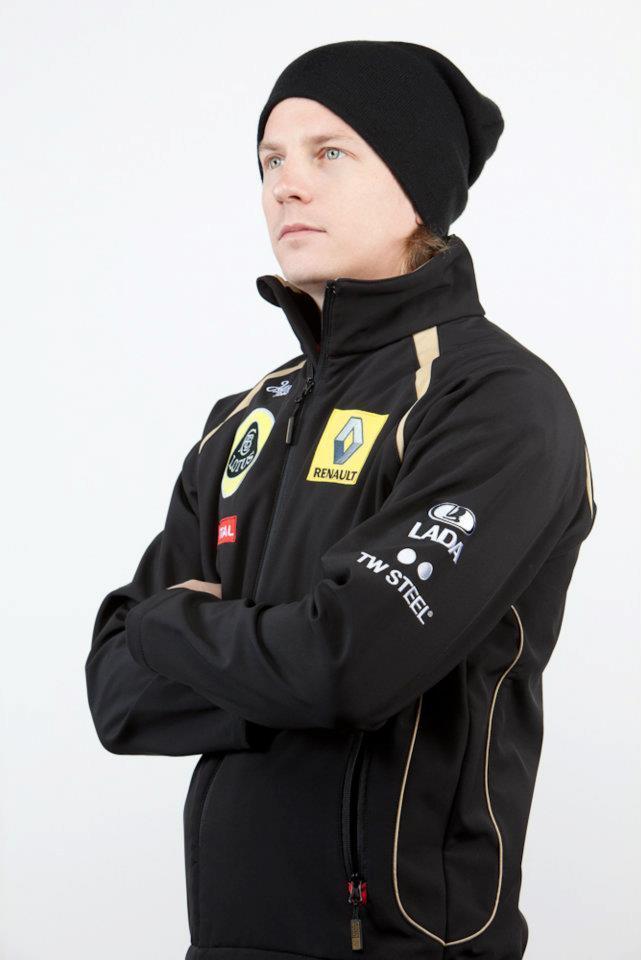 "Football is a funny game" someone said and its very hard not to agree with him. Barclays English Premier League, Europe's most televised, most physical and maybe the toughest has seen a lot of changes in terms of dominance by teams. The Merseyside teams - Liverpool and Everton were the teams to beat in the 80s with the former racking up many titles in the process.
The 90s saw the emergence of Manchester United under the reign of the greatest manager on earth - Sir Alex Ferguson. He was more than happy to take up the challenge of beating Liverpool's record of 18 titles and slowly and steadily his dream took the Manchester Club to great heights which included a Champion's League Crown. The club produced some footballing greats - David Beckham was one.
Just when everyone thought that United were untouchable, a Frenchman entered the fray - Arsene Wenger. So talented was his team that they Didn't Lose One Game in the 2003-04 season; the team famously dubbed " The Invincibles ". Arsenal's youth system was more than capable to rival United's who combined with the experience that Wenger got to dominate the league at the turn of the century.
2005-06 were the Mourinho years for Chelsea - a team whose fortunes changed with its takeover by Russian Billionaire Roman Abromovich. The influx of finances brought in World Class players who repaid their manger's faith with back to back titles after 55 years.
07-10 was a power struggle between United and Chelsea, the title going to United thrice in those years. However " the Big Four " of England - Arsenal, Chelsea, Liverpool and United were going to face a worthy challenger and they were " the Noisy Neighbours of Manchester " - Manchester City.
City have always been in the fray only to become "also rans" towards the end of the season. HH Sheikh Mansour bin Zayed bin Sultan Al Nahyan  ( Ruling Family of Abu Dhabi ) bought the club and supporters knew fortunes were about to change. Signing players from all across Europe, notably Silva, Aguero, Toure from Spain, Dzeko from Germany,  City were going all out for the crown in 2010. The English Clubs including the Big Four lost some players to City earning them the term " the club for Rebels ".
2010 saw them displace Arsenal and Liverpool for the third spot and the Big Four had now become the Big Five.
Manchester United's title in 2010 was their 19th, dethroning Liverpool to become England's most successful Club in Premiership History. This added fuel to City's fire who responded with more signings in the transfer season in their quest for the 2011 title.
Roberto Mancini had built a fantasy team and with the Owner's backing, one knew the Manchester faceoff would now be a very mouth-watering affair.
The season kicked off with a flying start for the reigning champions United who enthralled one and all with the quality of their youth. Arsenal bore the brunt with a 8-2 hammering at Old Trafford, the London club totally outclassed and struggling to catch up. Liverpool and Chelsea also had mediocre starts to the season. So the Manchester Clubs were dominating the Londoners into September - October. October featured the first faceoff of United vs City at Old Trafford but the home team failed to turn up and lost 6-1 to the horror of supporters. October, a miserable month for United saw them concede first position to City with the gap extending to 5 points. A series of injuries to important players didn't help United's cause either. City suddenly were the force to reckon with and after handing their next door neighbours a humiliating defeat went on an unbeaten run; a draw at Anfield against Liverpool their only blemish.
United, after their demoralizing loss struggled to score but amazingly didn't Lose ground to City maintaing the gap to 5 points into December. However both clubs were on the verge of a shocking exit from the UEFA Champion's League - Europe's most elite competition featuring the Best of Europe. United failed to draw at Basel and City's win at home against Bayern Munich went in vain as Napoli grabbed second spot in the group. The exit hurt United more, the team featuring twice in the last three finals with a title to their credit.
Chelsea's and Arsenal's progress into the knockout stages only rubbed salt into the wounds as United and City were left to contend in the Europa League. However United responded well winning comfortably even though they lost their captain Nemanja Vidic for the season.
City faced a tougher test as they travelled to Chelsea and lost at Stanford Bridge, their lead reduced to a meagre 2 points. Its a three horse race for the title with United, City and Chelsea capable of walking away with the accolades. The toughest league in the world just got more exciting. What lies ahead is very intriguing. I personally believe that the title will stay at Manchester but which club? Lets Watch!! 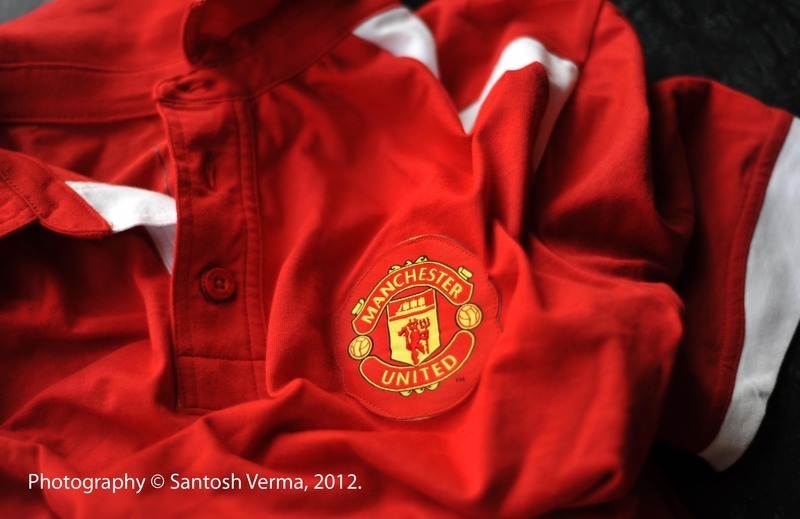 One can never be ready for surprises. They would'nt be surprises anymore.

Today, I actually start something that I can call my own, a place of my own, tho' in a virtual world. A place that excites me already, where I plan to share all things that I love, enjoy, like, follow, dream of and think of.  I shall also share my views and my own peculiar personal way of looking at things and interpreting things that I come across my daily round of living.

For all my friends, and those who will visit my pages, a hearty welcome.

I look forward to your feedback, comments, your thoughts and your suggestions.

Traveller, F1 Fanatic, Die-Hard Kimi Raikkonen Fan , Staunch Manchester United and FC Barcelona Supporter. I love living life to the fullest and Thank God for all the Luxuries I enjoy. Welcome to my Blog!!
Browse the Archive »