2005 & 2006 were fantastic years for this team. Fernando Alonso won two consecutive Formula 1 Drivers' Championship for them.

2007 - 2009 were Rebuilding years & 2010 - 2011 brought a major revamp at the top changing the team's identity altogether! The years brought a lot of turmoil and the only victory to their credit in the Inaugural Singapore GP in 2008 was marred by the Crash-Gate Scandal.

Anways Renault and Now LOTUS F1 have now moved on and roped in the former GP2 Champion and earlier their 3rd driver Romain Grosjean but the big news over the summer was the arrival of my favourite KIMI RAIKKONEN!!

Lotus F1 seemed strong but some unlucky incidents have robbed them of better results in the first 3 races.

The Bahrain Grand Prix Qualifying seemed to suggest the same as Kimi Raikkonen failed to qualify for Q3 and Romain Grosjean only managed 7th.

The Grand Prix itself was in severe trouble as citizens of Bahrain protested against the Government and the Government sponsored Formula 1 Grand Prix. The Sunday Race happened under a severe lock-down around the circuit.

Sebastien Vettel surprised everyone by clinching pole on Saturday.

The Race began with everyone expecting a Podium Duel between the Red Bulls and McLaren Mercedes who blocked out the two front rows. However many had forgotten the strategy that Kimi Raikkonen had played by holding onto an extra set of soft tyres.

As the Race Progressed Kimi and Romain made up places. Lewis had a nightmarish pitstop as the left rear wheelnut simply refused to come off. Both the McLarens were going backwards while the Lotus made light of all cars that had started before them

Finally Kimi made a move on Romain to go P2 and this was a clear shoot-out between the Red Bull of Sebastien Vettel & the Lotus Renault F1 of Kimi Raikkonen. The Renaults were dominating this race!!

The Moment came on Lap 36. Kimi was reeling in Sebastien and finally closed in on the Start - Finish Straight. Both were nearing the first turn and Kimi opted for the inside line ( a mistake he rued later ) only for Sebastien to move slightly across to deny him the space.

This was the only chance that Kimi would get. The gap then Steadied at 3.5 seconds.

Kimi was clearly disappointed as he knew he could have won the race but it must be said that its a Very Convincing Return to F1 for the Iceman. 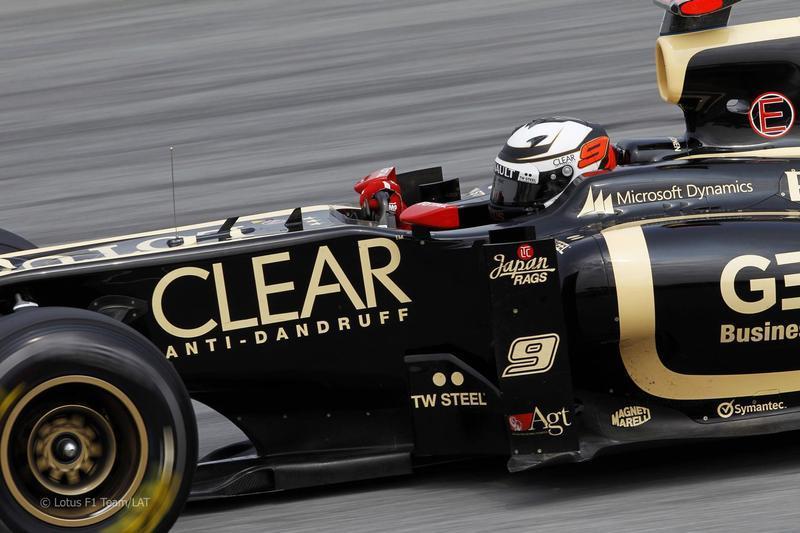 It is a Great Result for the Enstone team though. Lotus with the budget they had have humbled the bigger spenders of Formula 1.

They now need to ensure that perfect weekend to see their boys occupy the top step of the podium because they clearly deserve to be there.

Sebastien Vettel will treasure this win after struggling in the first 3 rounds of hte championship.

Some Photos from the Bahrain GP. 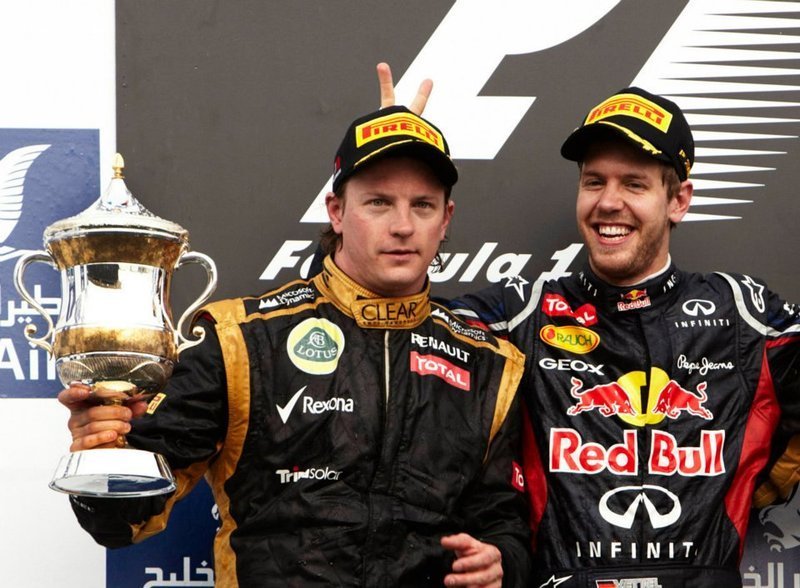 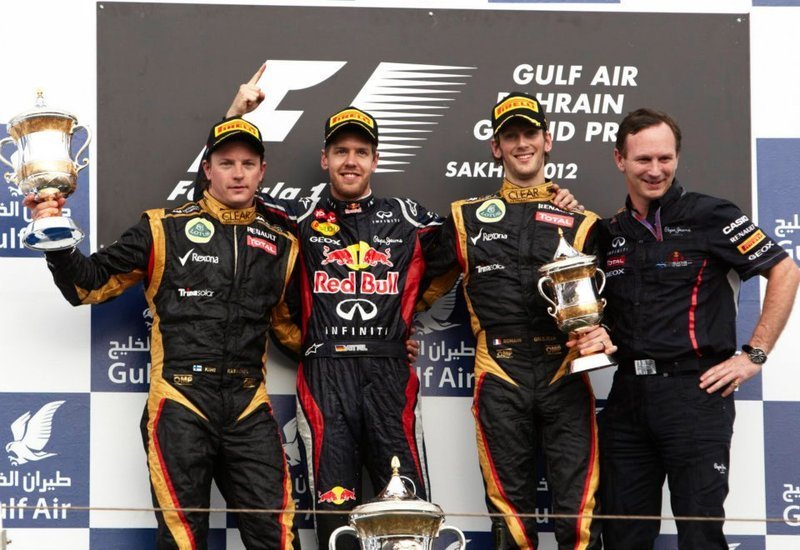 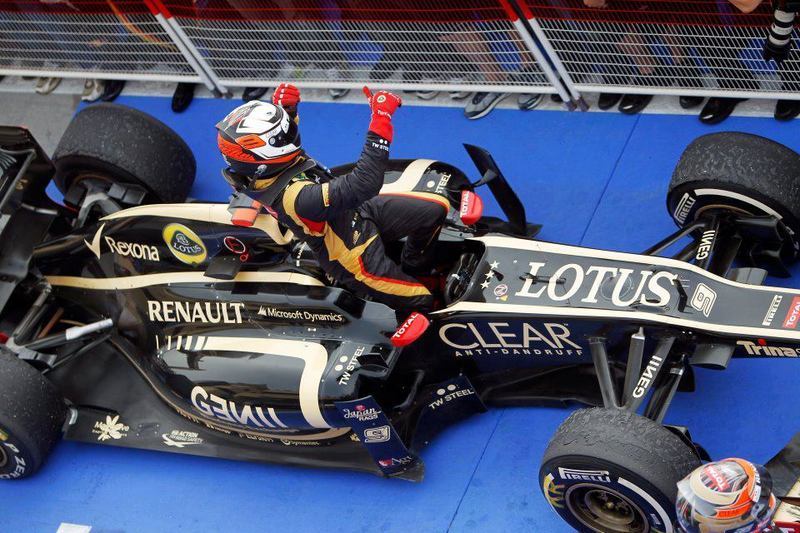 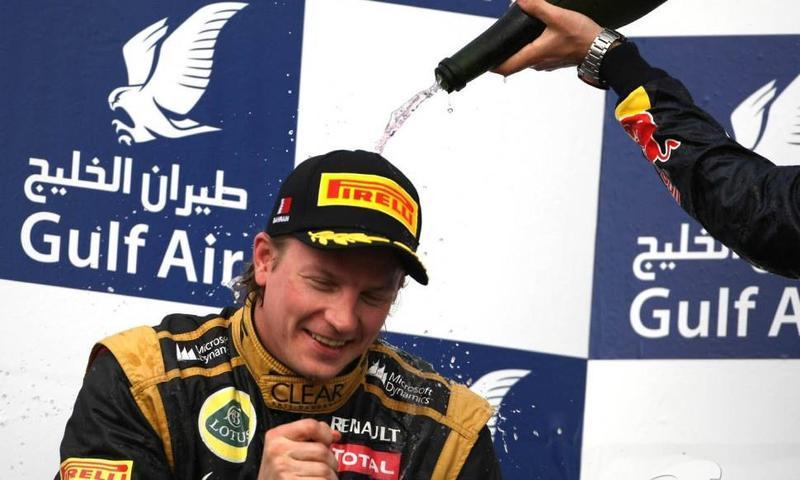 Formula 1 returns to Europe & Barcelona is the First Stop.

Catalunya is known for being a highly technical circuit and is definitely a challenge for all teams. No team can afford to run a compromised setup here.

The Mugello Tests seem to have been productive for most teams. Ferrari had the most upgrades. They most definitely are the team to watch!

McLaren would hope to put the Bahrain disappointment behind them.

Red Bull, McLaren Mercedes, Mercedes GP AMG, Lotus F1, Ferrari all seem to be in contention for the podium. Lets not forget that Sauber Ferrari have the potential to spring surprises too.

Just Pray to see KIMI RAIKKONEN on the Top Step of the Podium in Catalunya!!