Malaysia has been so good to me and I have no words to express how thankful I am to TOURISM MALAYSIA for the 2 day race tickets. I never thought I would bump into so many accomplished people on this short trip.

It was only a 3 day trip but I will cherish every minute of it!

I reached my Hotel Mandarin Oriental around 9 in the morning and was simply awed by the location. Right next to the Petronas Towers and the Designer Laden Suria KLCC, I knew I had booked the Right place!

I entered the Lobby and couldn't believe what I saw! This hotel was packed with Formula 1 teams, FIA Members and even Footballers!

I first met the Legendary Sir Jackie Stewart!! The Triple World Champion also called the Flying Scotsman was very kind and I had the privilege of getting a photograph with him! 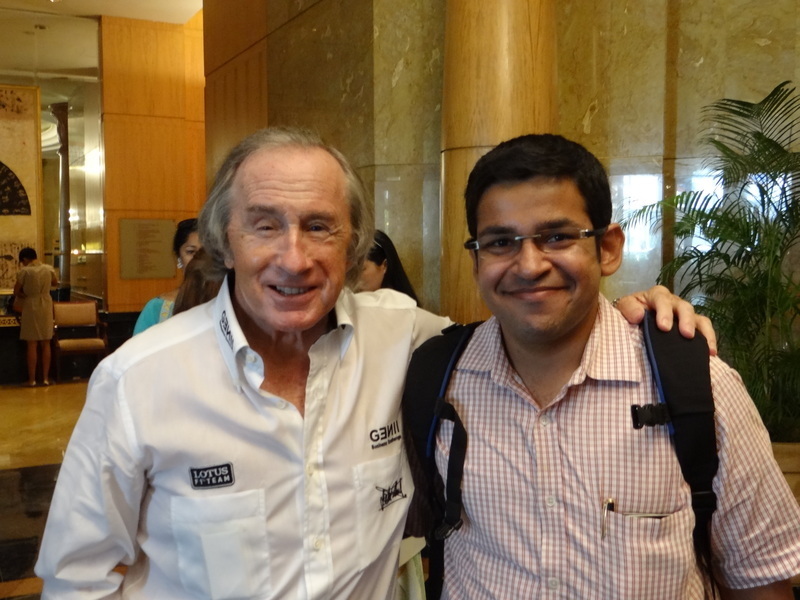 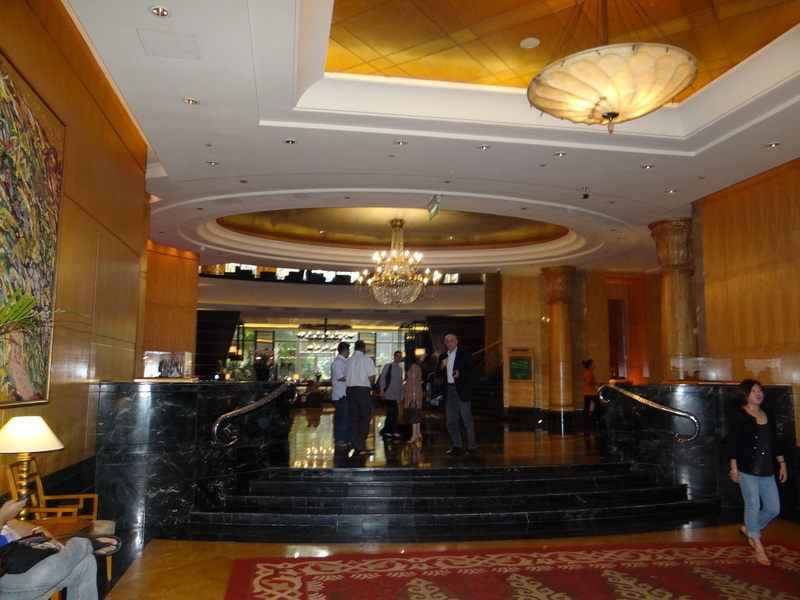 My Wait to be checked into my room turned out to be a Blessing in Disguise!

Michel Salgado was the next Celebrity I met! The Ex-Real Madrid and Spanish Defender had recently visited India for a Blackburn Rovers event ( His current club ) and we had a healty conversation. 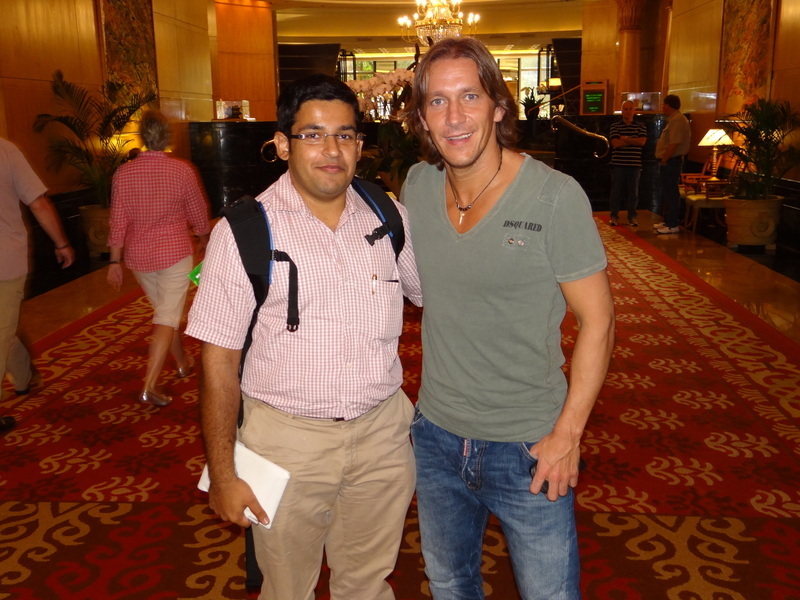 I then met a Fellow Manchester United Supporters Mr. & Mrs. Wong  and we couldn't stop talking about the club we loved! We shared experiences and opinions about the club and more importantly talked about Formula 1. 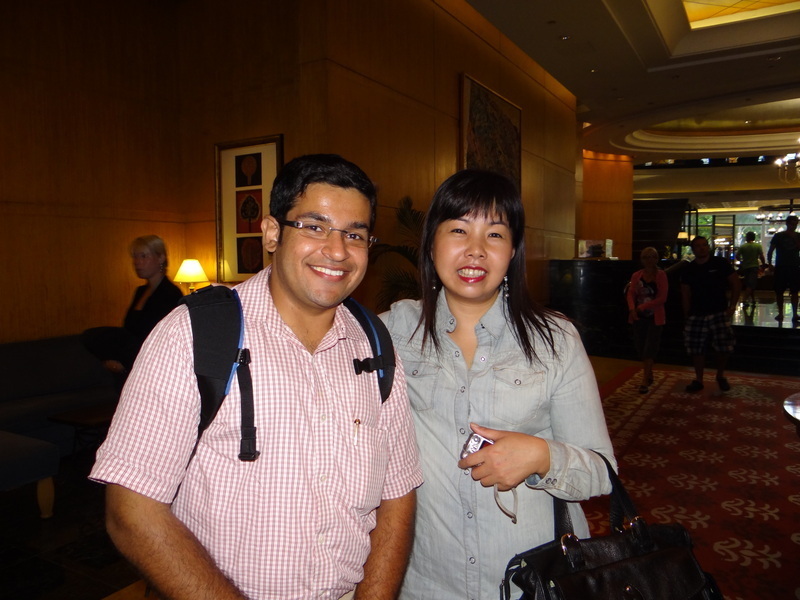 The Hotel Room was lavish! Mandarin Oriental is the best Hotel there. My room overlooked the Petronas Towers and the KLCC Mall which has Solar Energy for majority of its Energy needs. 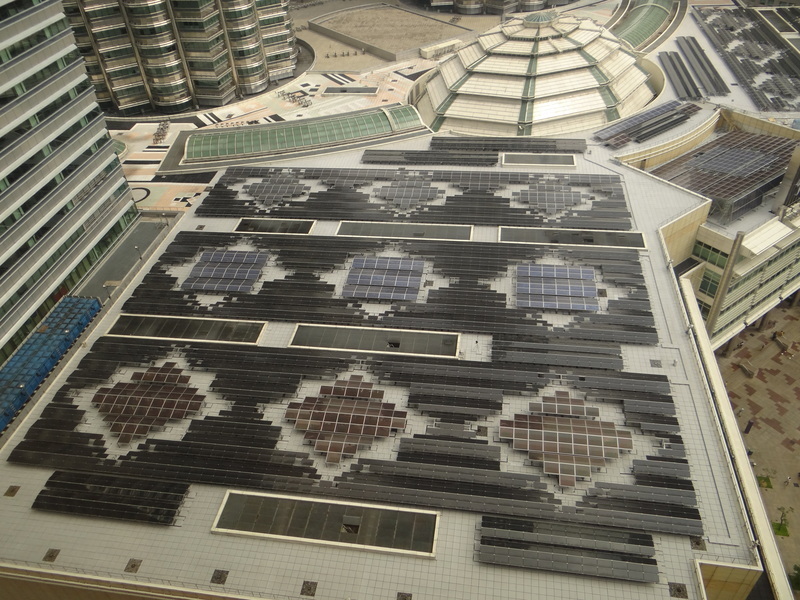 I spent the rest of the day at Sepang watching the Saturday Practice and the Qualifying. I did a quick tour of the KLCC Mall when I returned and Met Fabio Cannavaro!! 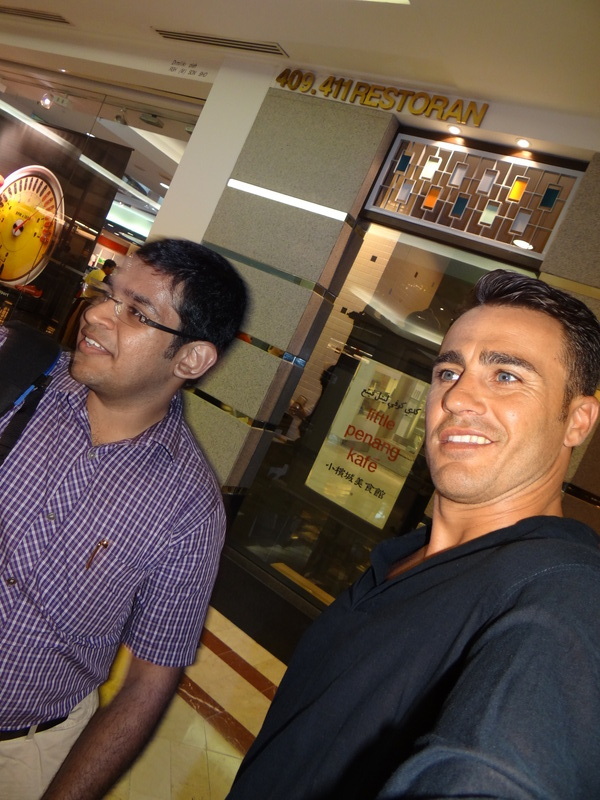 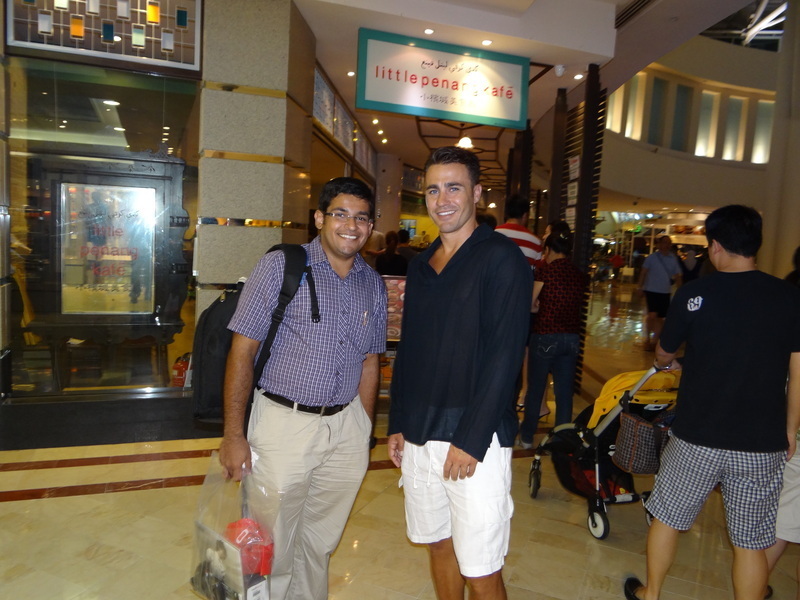 This was followed by a sumptuous dinner at Lai Po Heen, the Award winning Chinese Restaurant of Mandarin Oriental. I ended the day with a recce of the rest of the hotel and more importantly.. its Cake Shop! 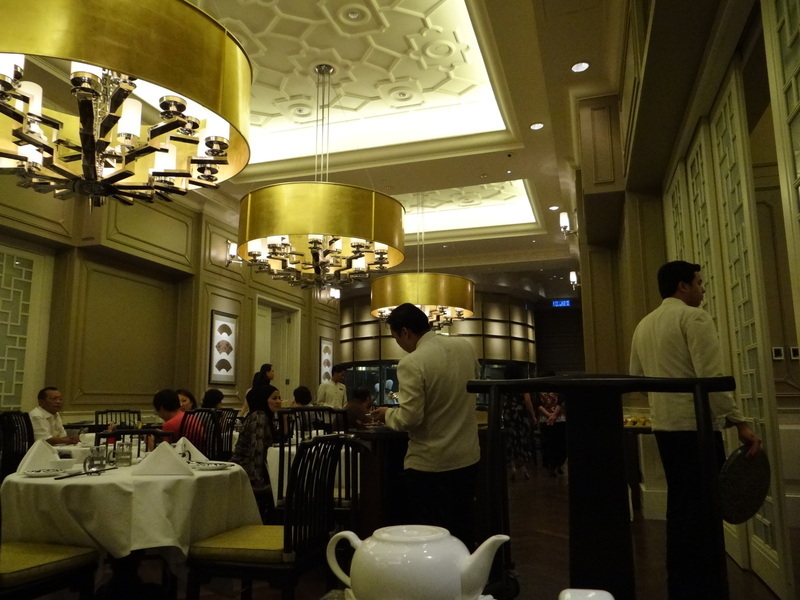 Post Breakfast I made my way to the lobby and many celebrities were waiting for their rides to the circuit. Fernando Morientes was the next to oblige me with a Photo! I wished the Spaniard the best and my jaw dropped when I reached the Hotel Driveway. 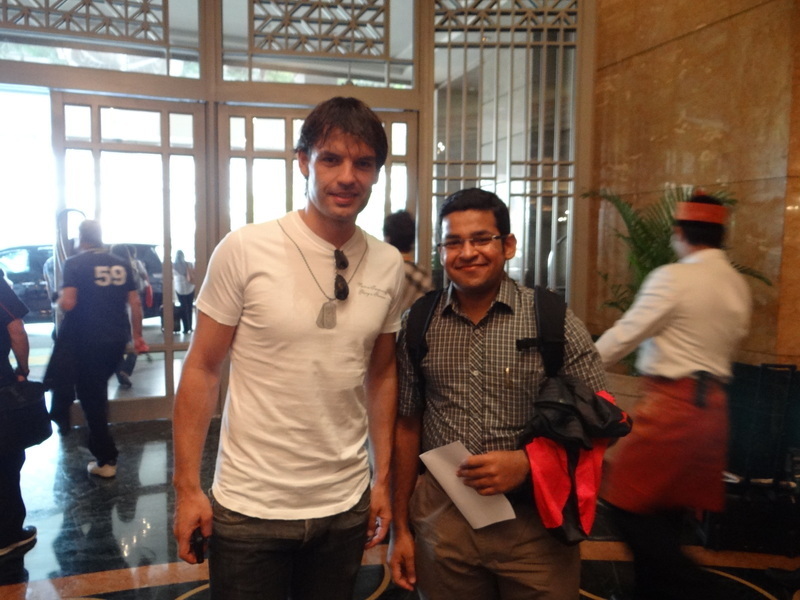 Ferraris, Maserati, Porsches dominated the driveway. I couldn't stop gazing at them! 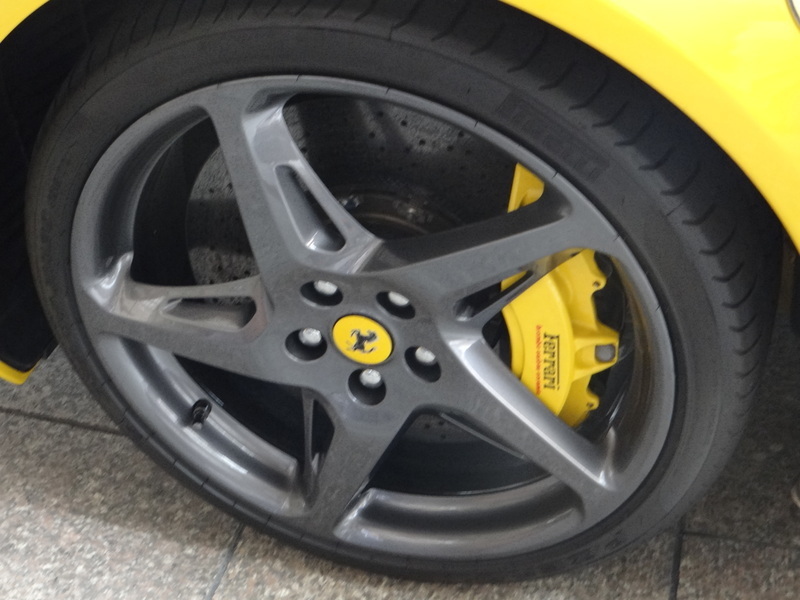 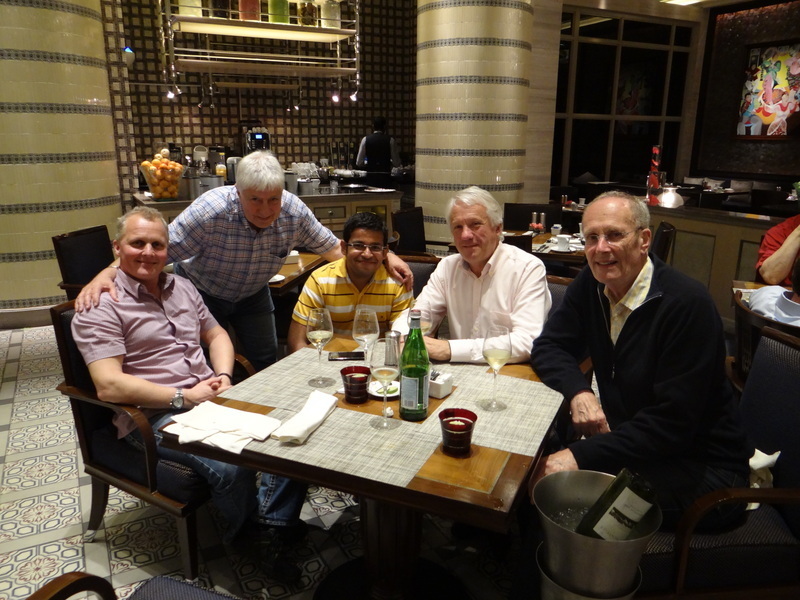 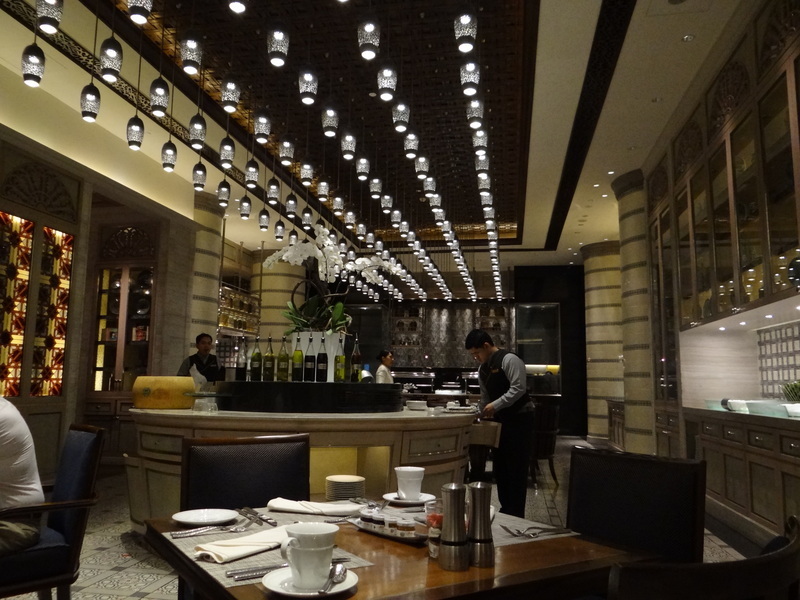 I spent the morning exploring the Mall and had High Tea at the Lounge on the Park ( Courtesy AMEX Platinum Services ) before checking out of the Hotel. 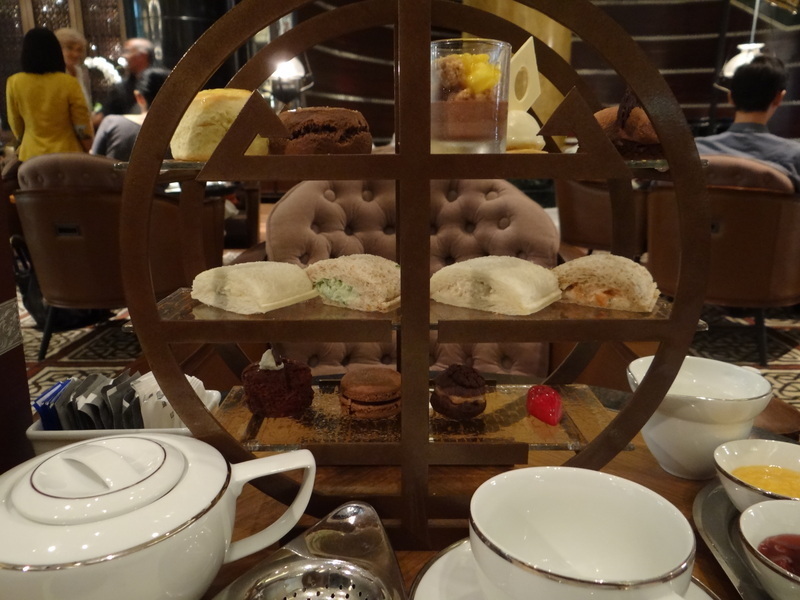 It was a great trip. Never Expected to meet so many celebrities as Formula 1 teams prefer staying near the circuit and this hotel was an hour's drive away.

I must say Mandarin Oriental is the Best Property in Kuala Lumpur!

A Big Thank you to TOURISM MALAYSIA for giving me the opportunity to enjoy the Malaysian Grand Prix.