﻿Kimi Raikkonen ﻿said Farewell to the ﻿Scuderia Ferrari F1 Team ﻿at the end of 2018 as he headed to ﻿Sauber F1 Team ﻿up until 2020. The news broke out in September and there was enough time to plan for being at the final race of the Iceman with the team.

I was at ﻿Abu Dhabi ﻿when ﻿Kimi ﻿did his final race with ﻿Lotus F1 ﻿and would repeat the feat again. Here is a quick look at how the Friday experience panned out.

The Race Passes for the weekend : 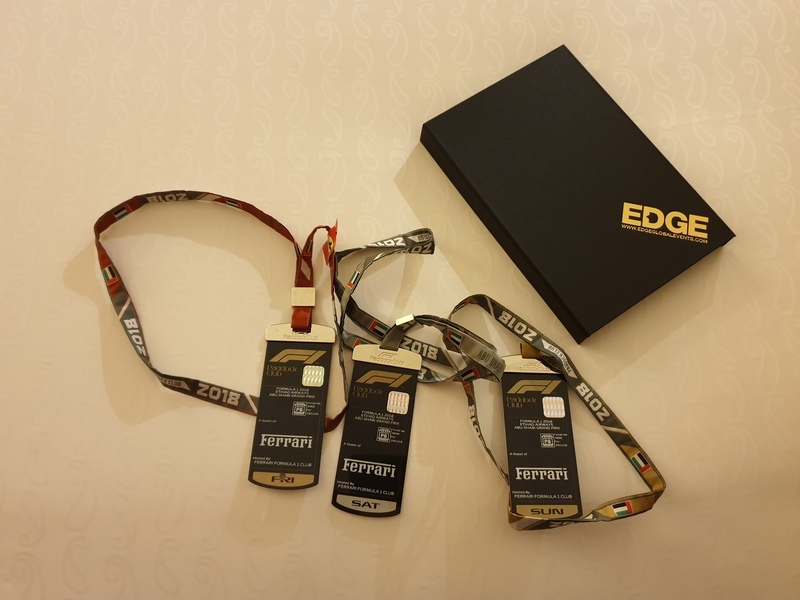 Enroute to the Circuit. I was staying in Dubai, so the drive to Abu Dhabi was about 90 minutes : 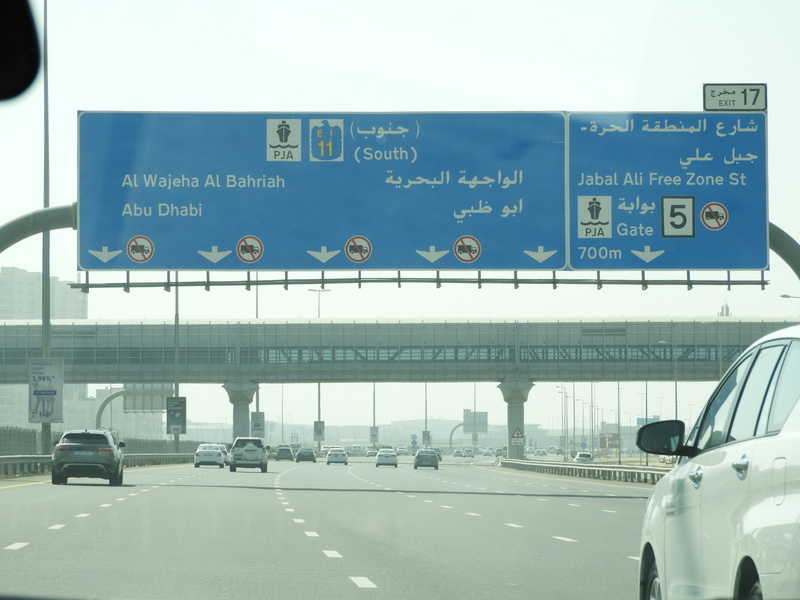 The best way of entry into the circuit is through the ﻿Yas Viceroy Hotel ﻿and then through the Water Taxi service which drops you near the tunnel which goes under the circuit to the Paddock area : 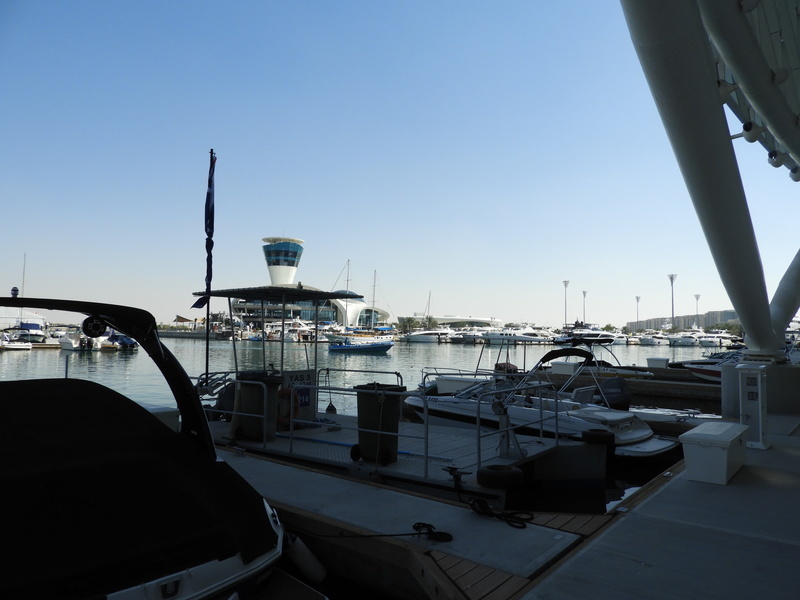 2 Cars from the Pirelli Hot Laps experience. ﻿A man spent 25000 GBP for a Hot Laps Experience with Max Verstappen on Thursday! Wow! 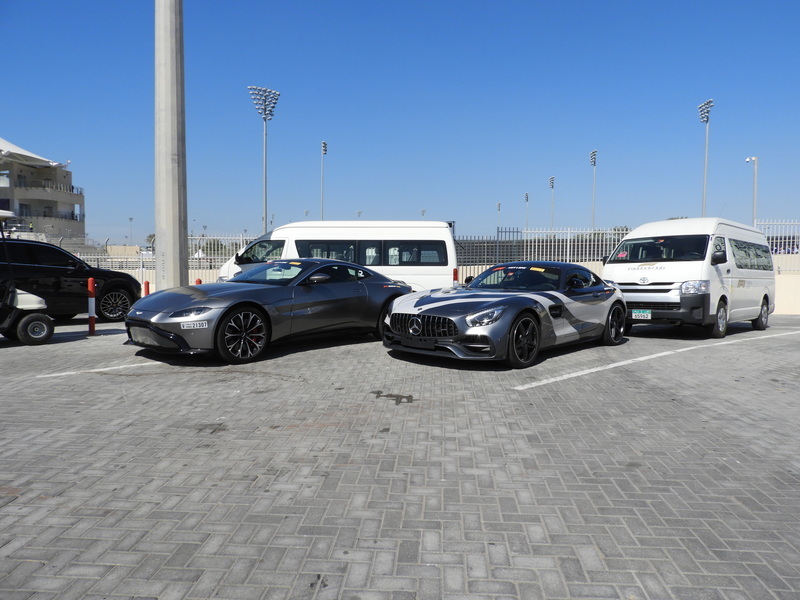 The Stands quite empty on a Friday Afternoon : 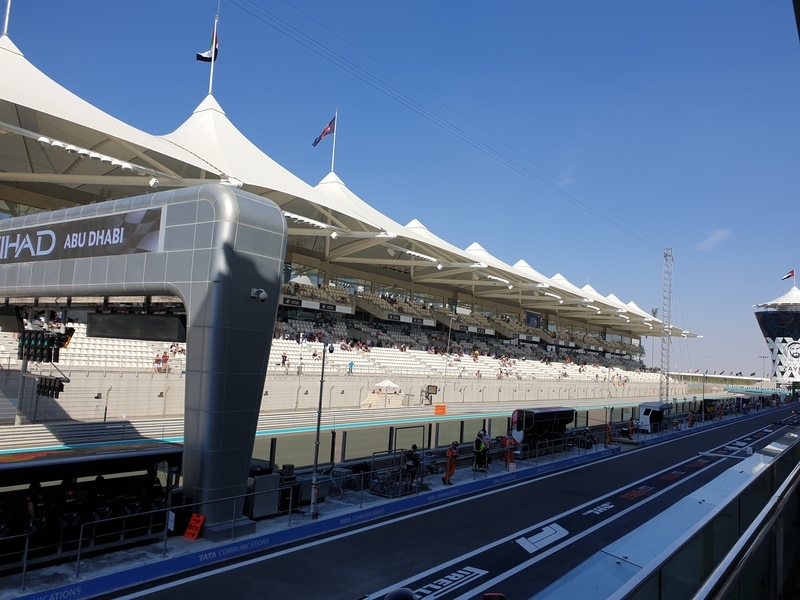 The Ferrari F1 Suite with a slightly different layout, this one was Air Conditioned and thankfully so : 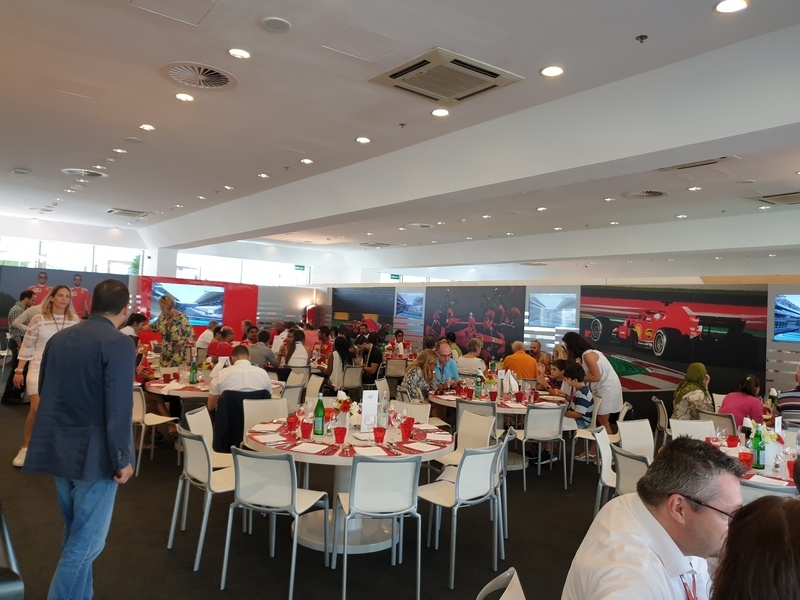 The first order of the day was Free Practice 1. 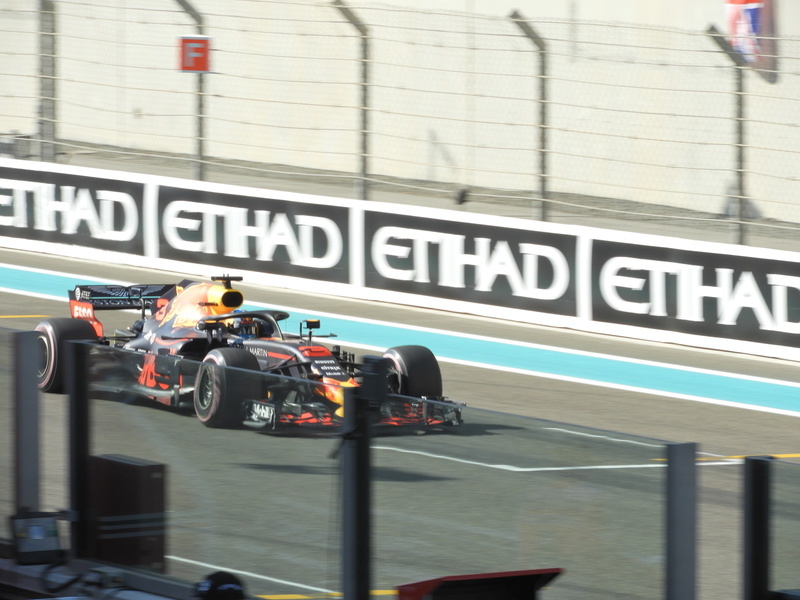 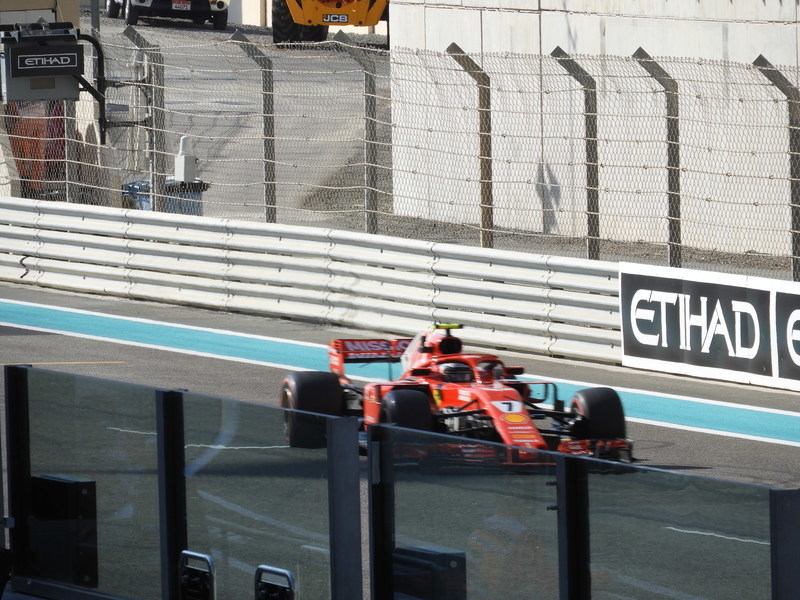 The Pit Walls busy during FP1 : 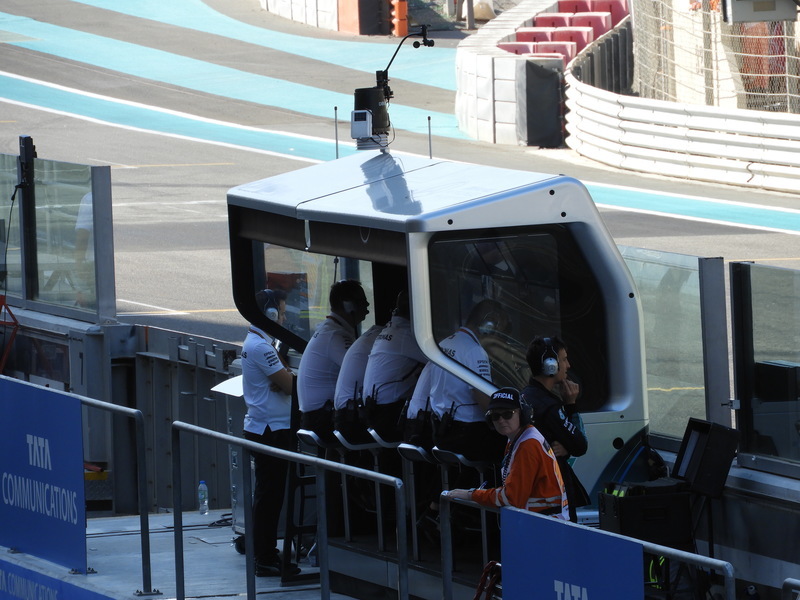 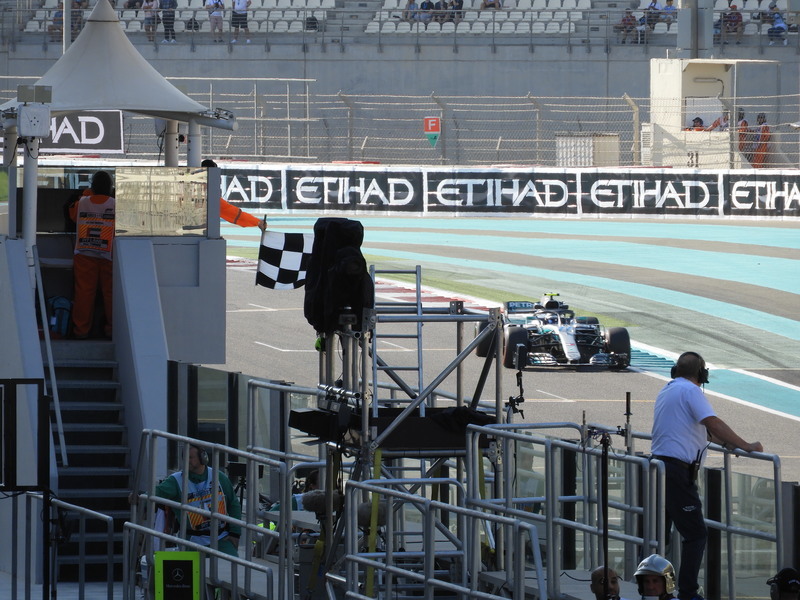 Practice Starts at the end of FP1 : 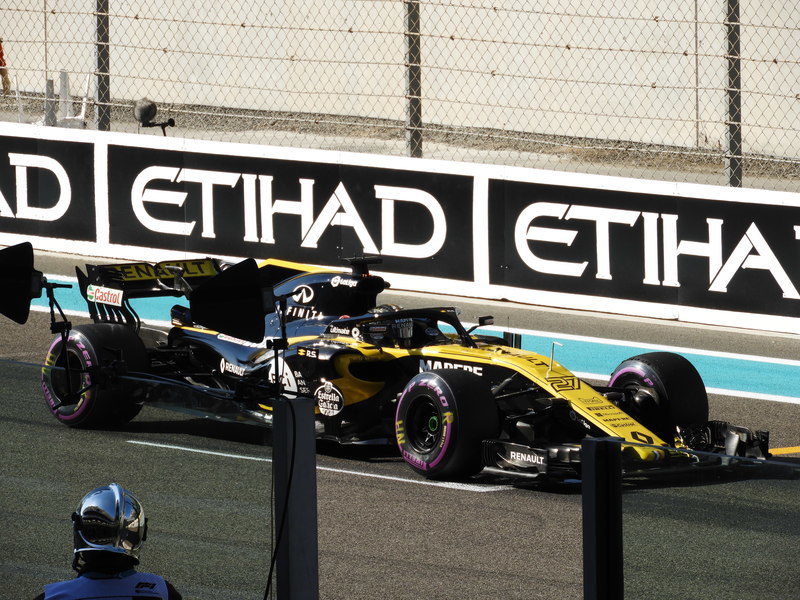 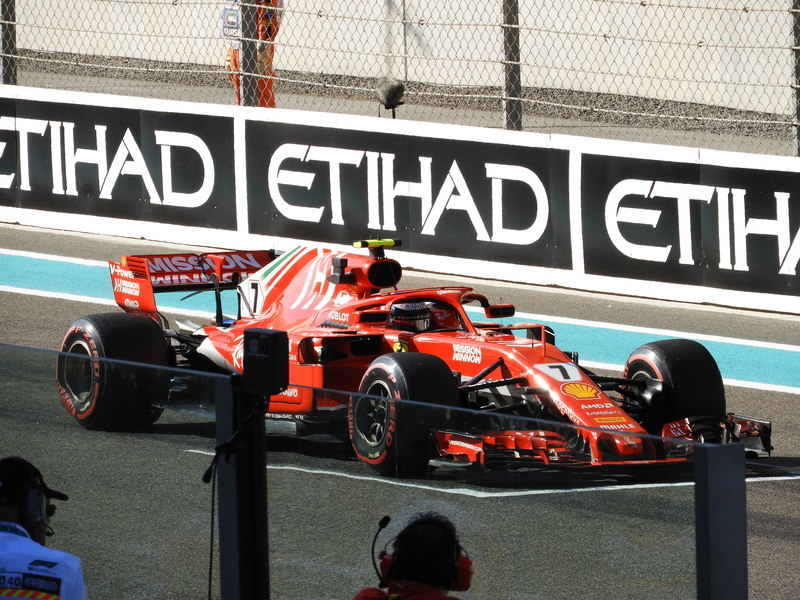 Returning to the Pits : 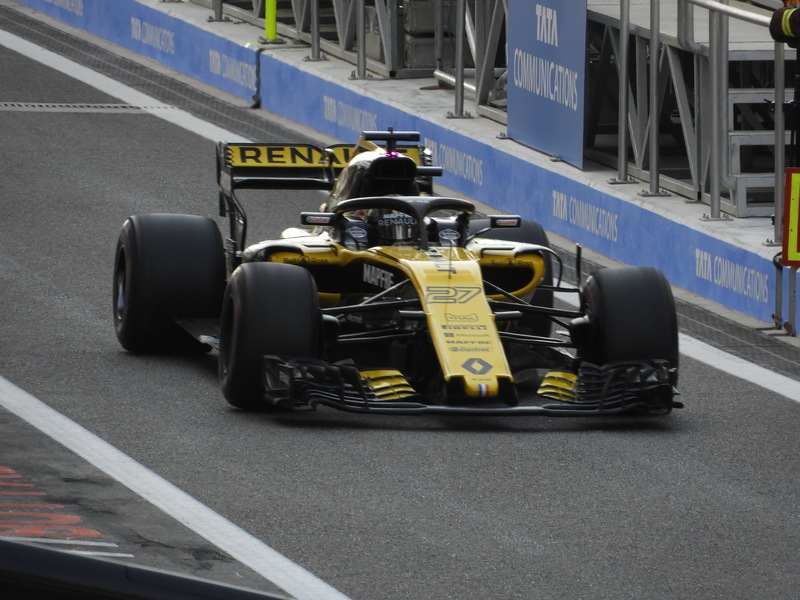 ﻿Max Verstappen was the fastest in FP1 from Daniel Ricciardo and Valtteri Bottas. 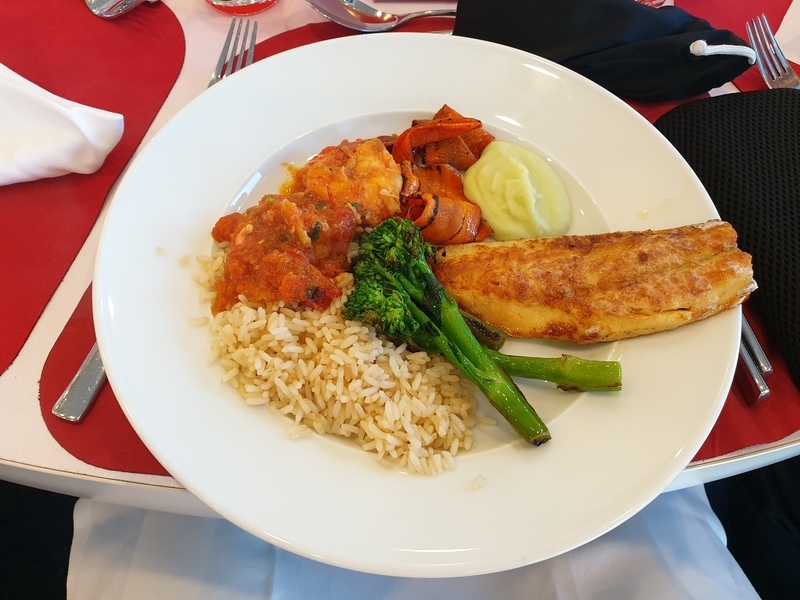 We were joined by ﻿Scuderia Ferrari Development Driver Marc Gene ﻿during lunch for a quick Q&A : 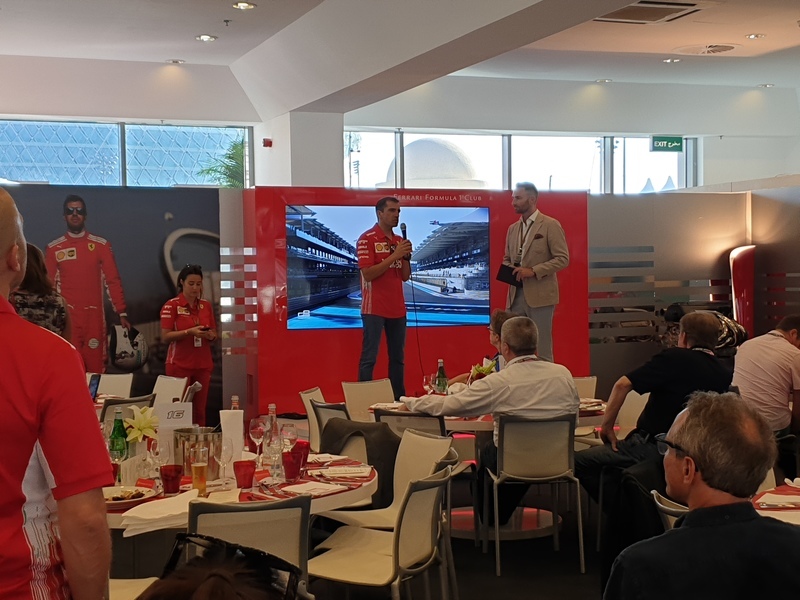 ﻿﻿Video Link to the Interview : 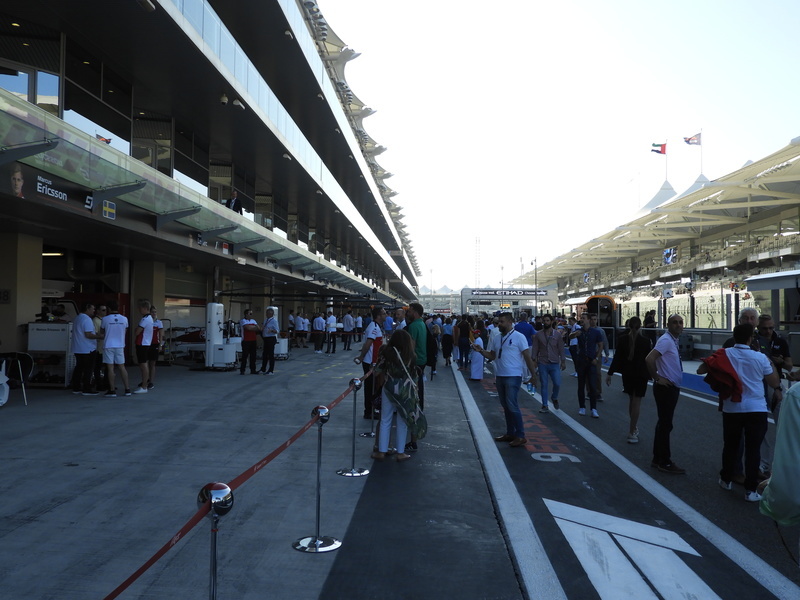 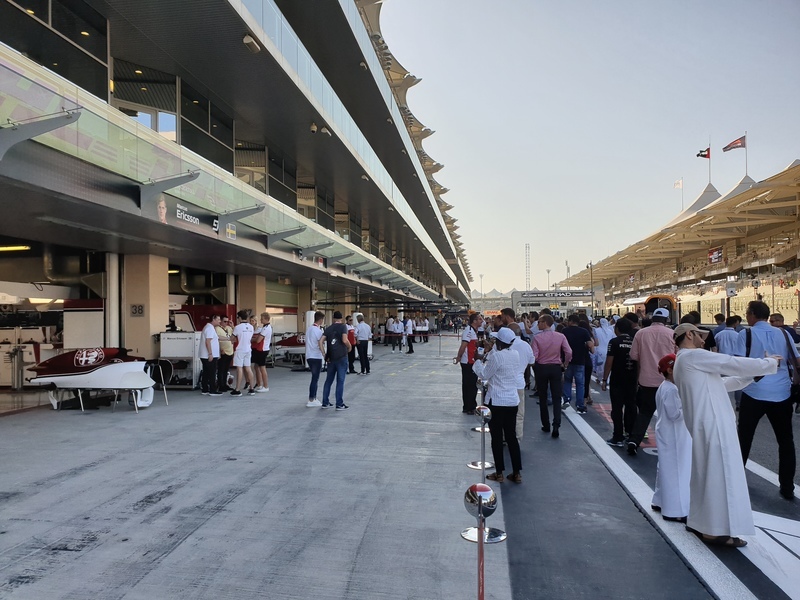 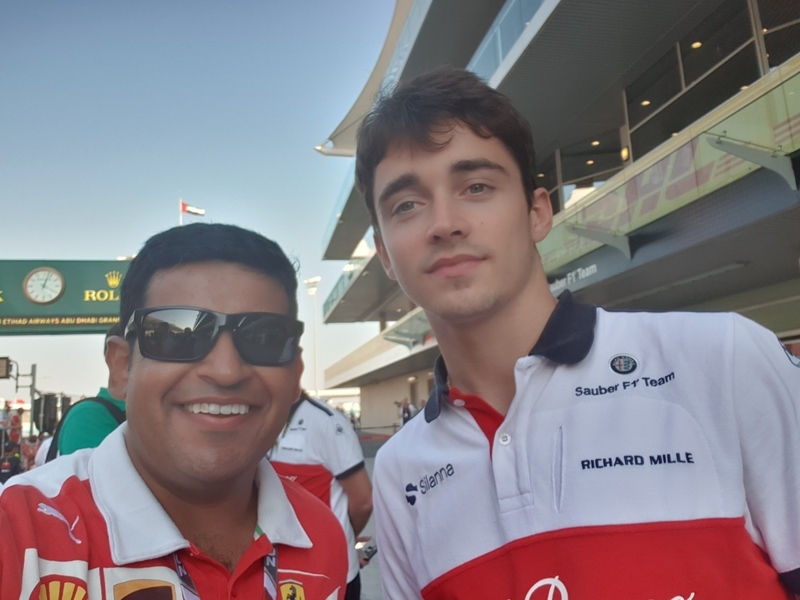 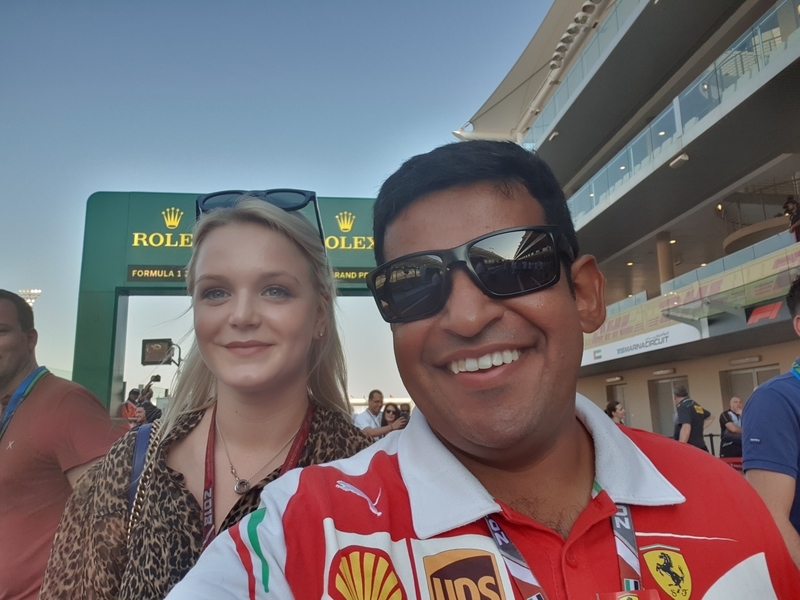 We returned to the Paddock Club and it was time for ﻿Free Practice 2 : 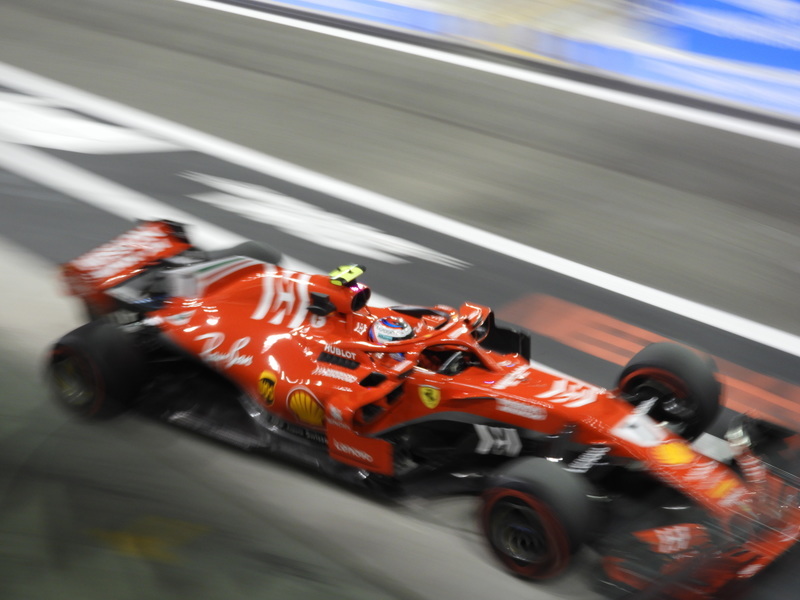 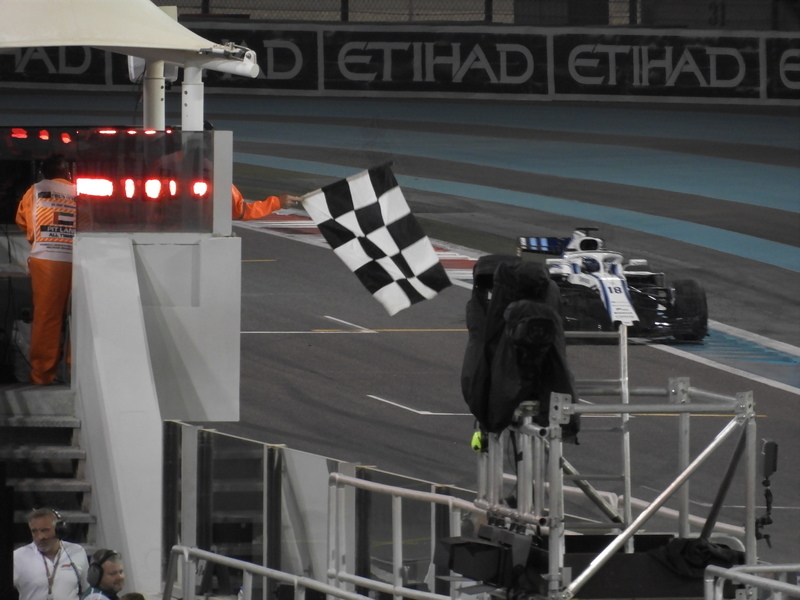 Time to do some practice starts : 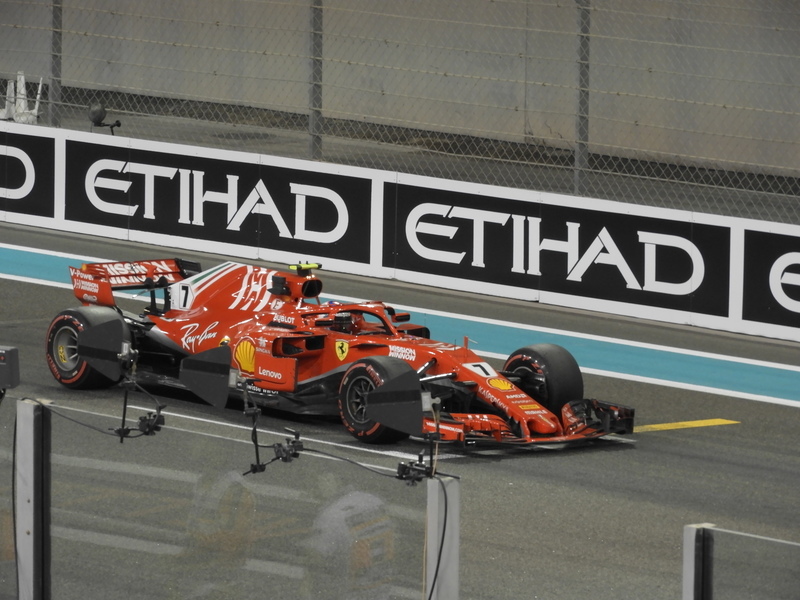 The boys returning to the pits : 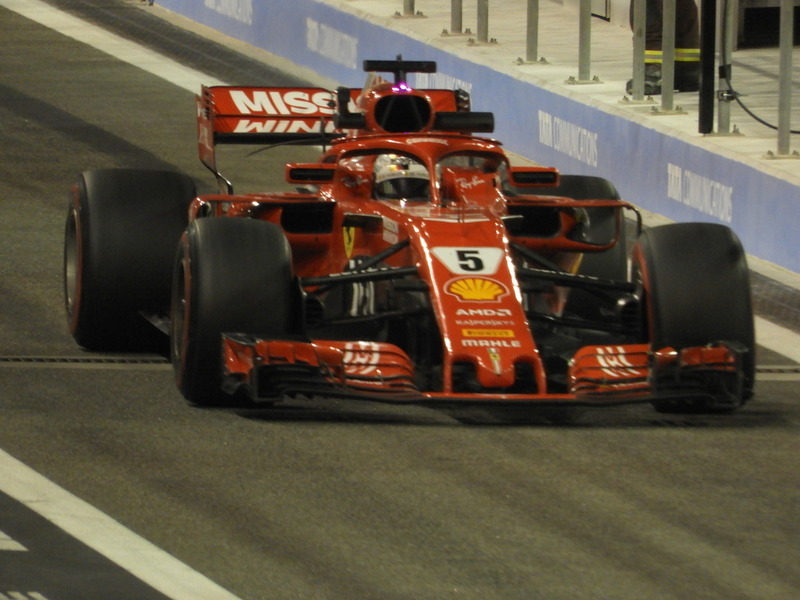 ﻿﻿Max Verstappen returns to the Pits after FP2 ( Video Link ) :

﻿Valtteri Bottas ﻿was fastest from ﻿Max Verstappen and Daniel Ricciardo.

FP2 ended and it was time for Qualifying for the ﻿Formula 2 ﻿Feature race : 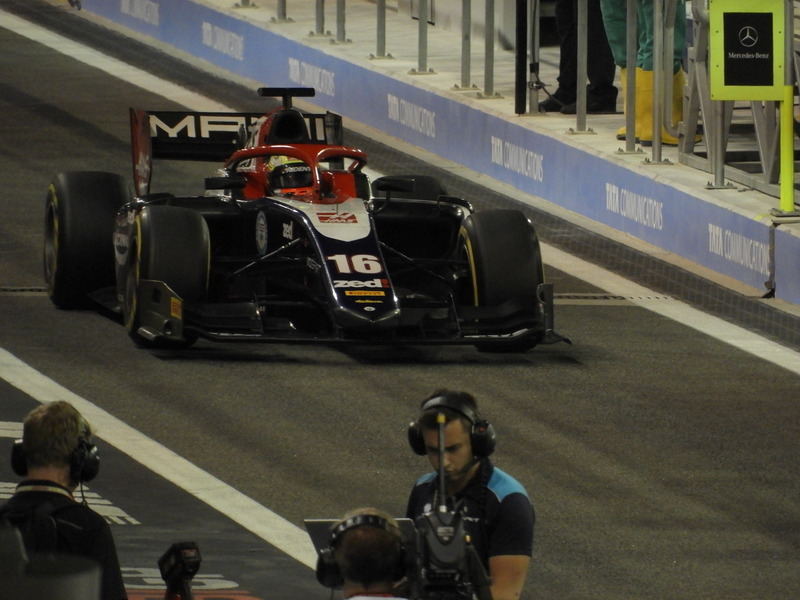 Post Qualifying, all those who had signed up for the Paddock Club Track Truck Tour made their way downstairs for a tour of the track : 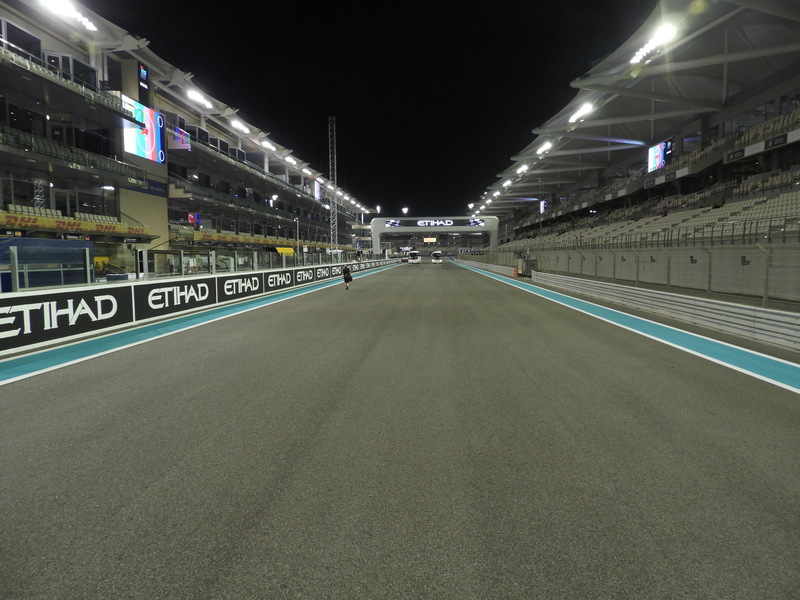 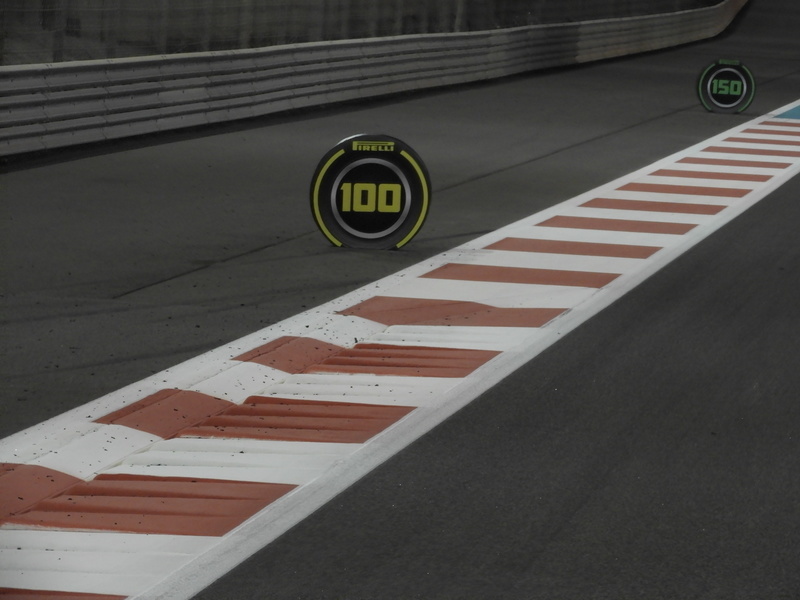 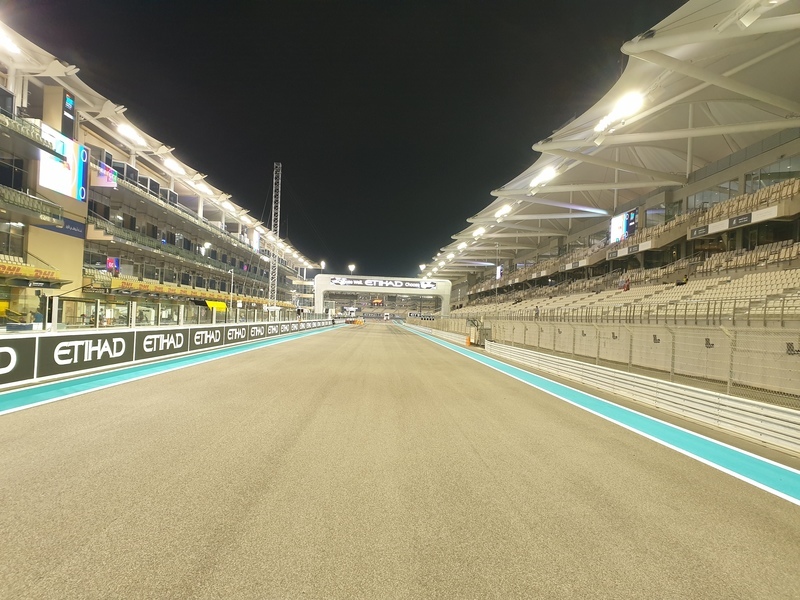 Taking in the sights with the ﻿GoPro Hero 5 Black : 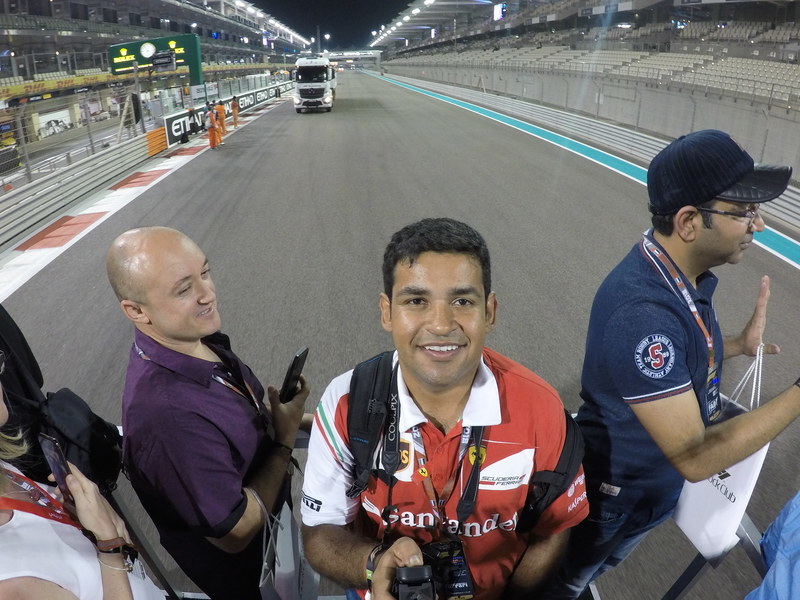 A Final Walk of the Pit Lane in the evening before heading back. 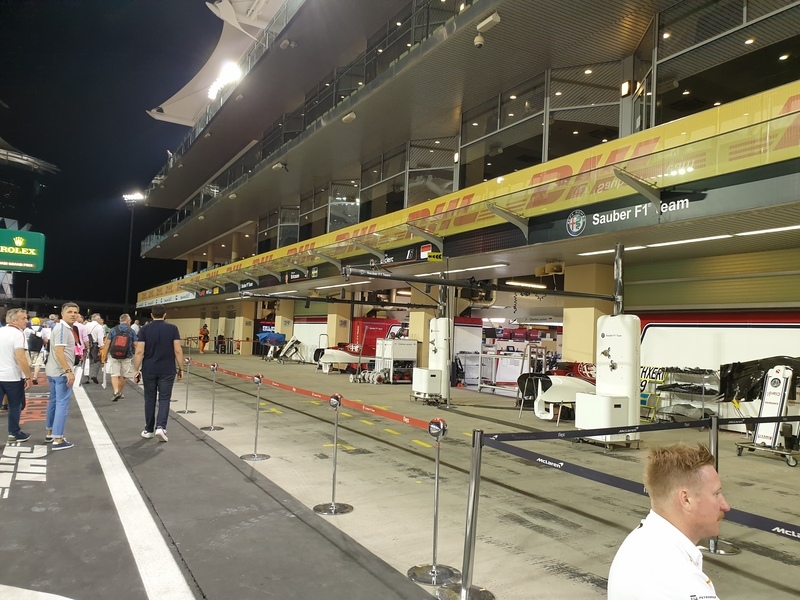 It was a great day at the ﻿Abu Dhabi GP ﻿and I would like to thank ﻿Scuderia Ferrari F1 Team ﻿for the Hospitality extended to me. A Big Thank you to ﻿Edge Global Events ﻿for organizing the passes and ensuring an enjoyable weekend.