Spa - Francorchamps is one circuit where a spectator loves the early mornings. I love the mist that settles around the Ardennes offering a cold yet blissful view. I headed out from Aachen at 630 in the morning to behold this.

The Sun breaking through the morning mist...this is the Beauty of Spa!

I missed the early morning Pit Lane Walk thanks to the traffic coming into the circuit.

The Paddock Club opened its doors for the guests and it was time to look forward to an exciting day ahead of Practice and Qualifying!

Coffee and Croissants to start the day :

I decided to head down to the F1 Village for some shopping and had a chance to meet Paddy Lowe briefly. 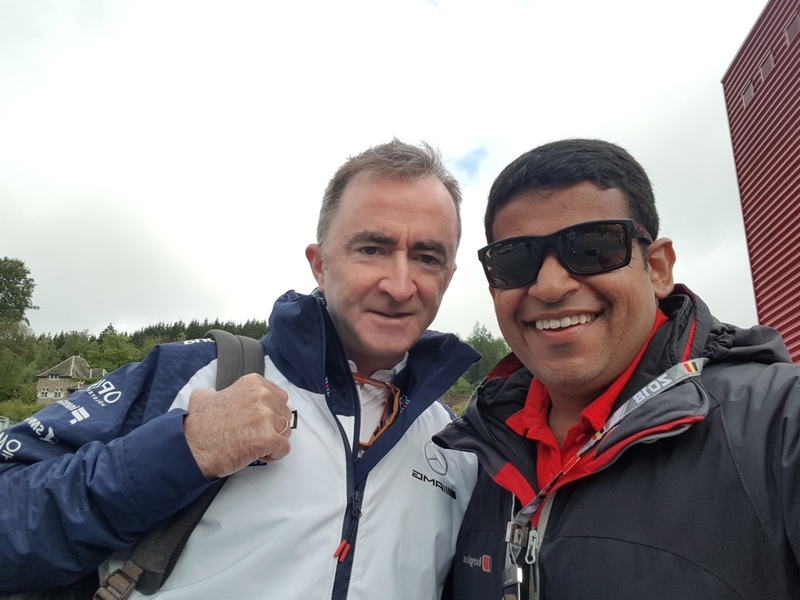 The F1 Village, one of the Best Villages in the year. There is such buzz about the place :

I returned from my shopping spree and I had the privilege of being on the F2 Tour and visit the MP Motorsport Garage. 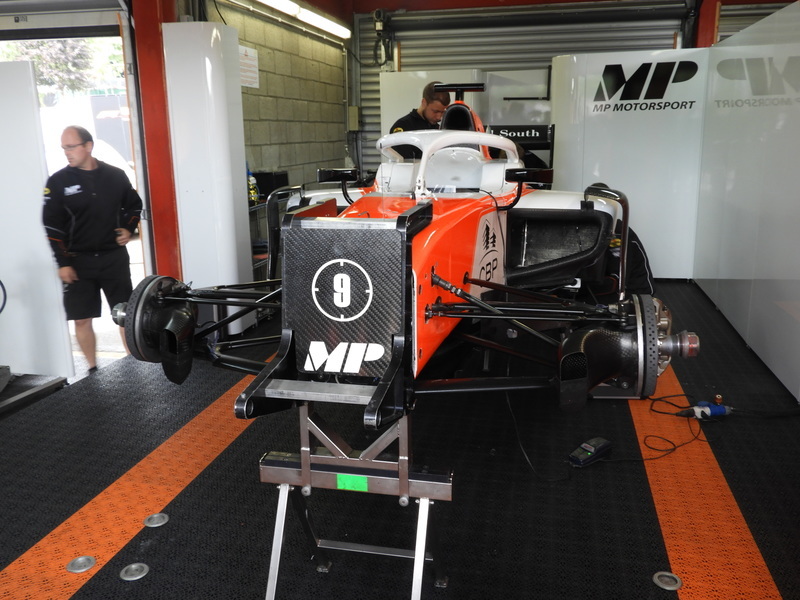 Some more shots of the F2 Paddock, a lot more access and easier to meet drivers and team personnel :

I also had the chance of meeting fraternity from GP3. 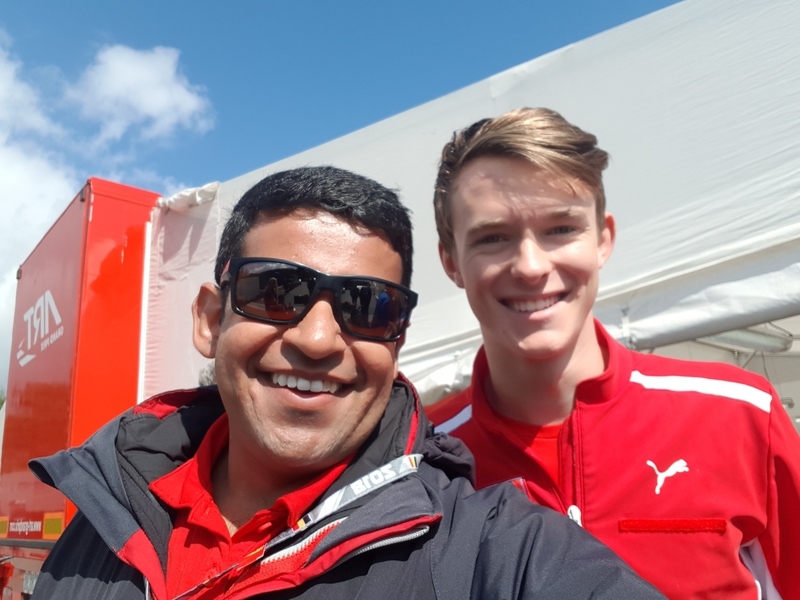 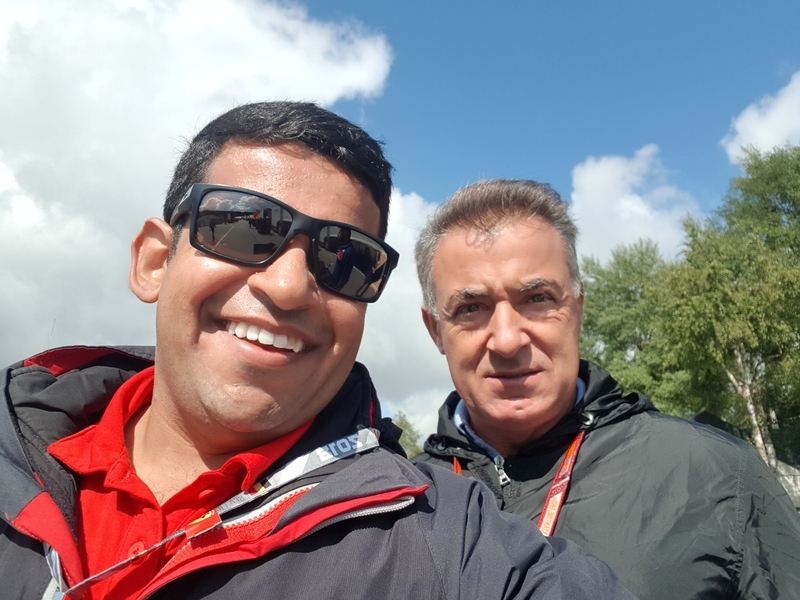 The tour ended and I rushed back just in time for FP3. 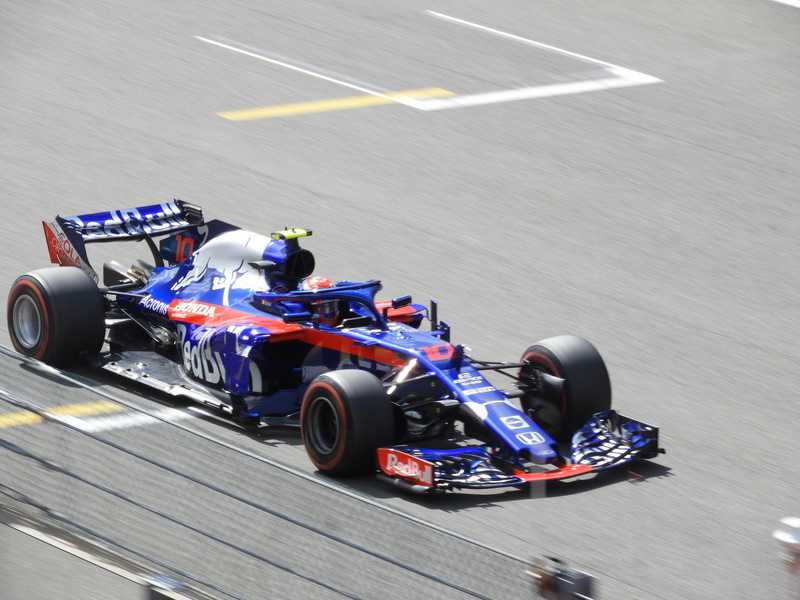 Sebastian Vettel topped the timesheets from Kimi Raikkonen and Lewis Hamilton. FP3 ended and it was time for the second pit lane walk of the day.

The second Pit Lane walk of the Day : 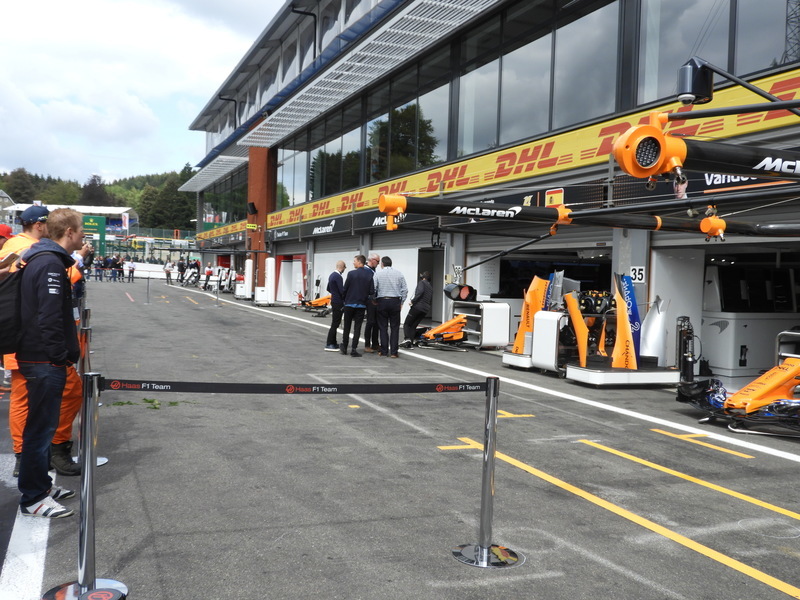 I also got a Paddock Pass thanks to Ferrari and went for a stroll in the Paddock. 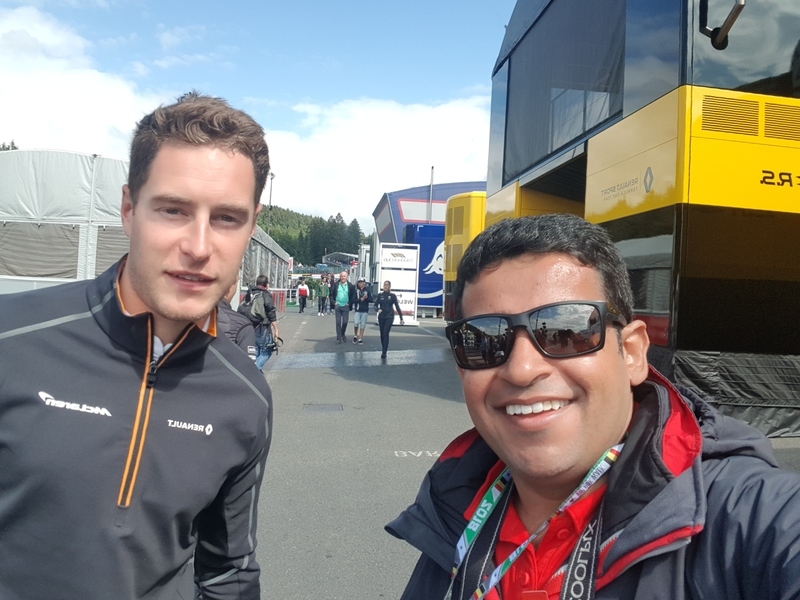 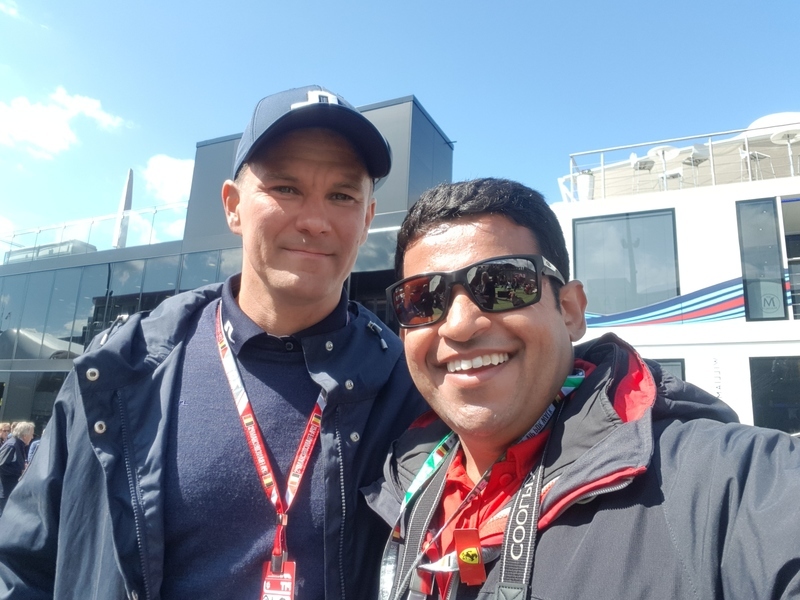 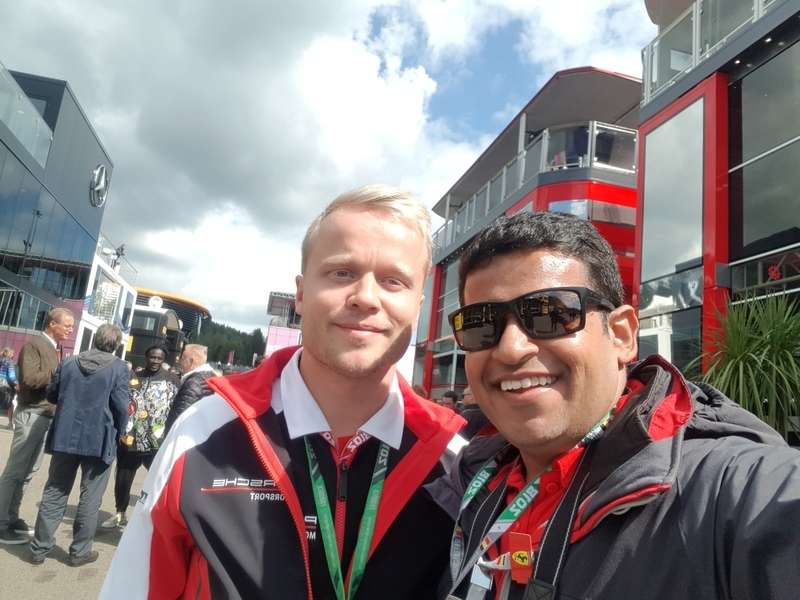 Belgian Air Force practicing for the Fly Past on Sunday : 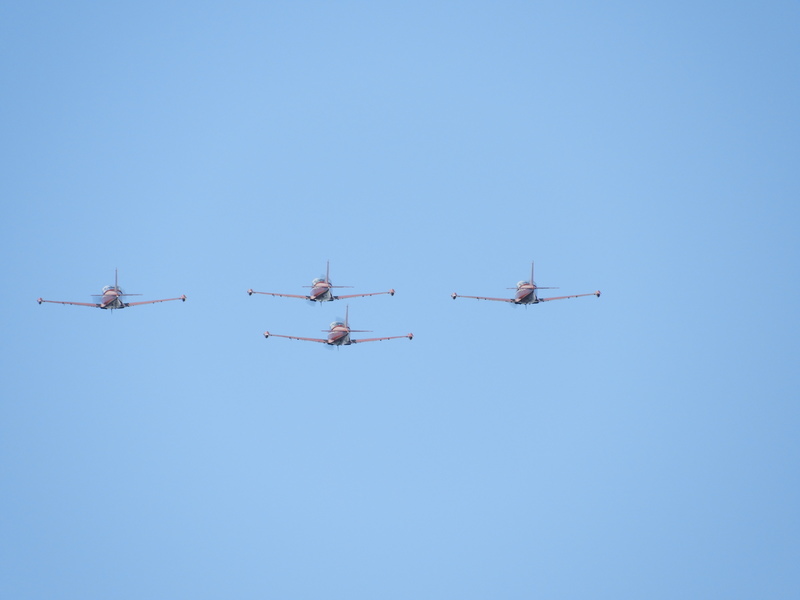 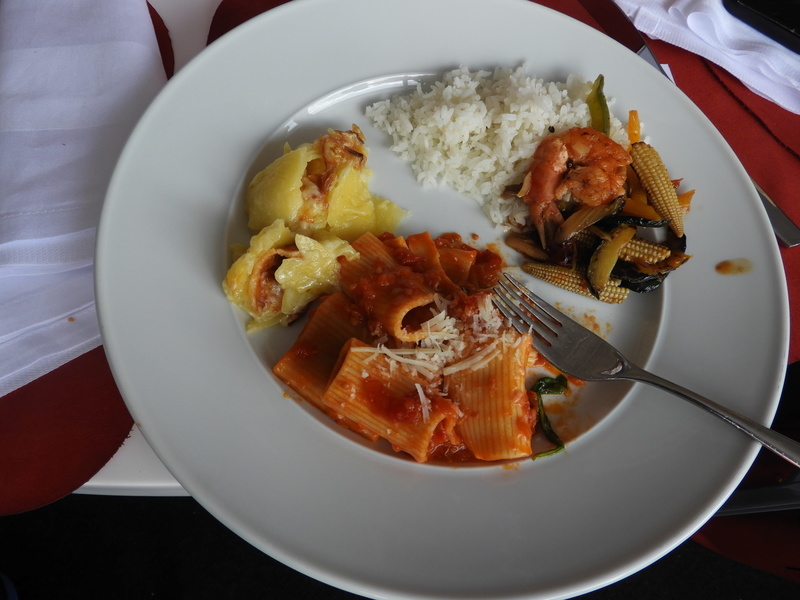 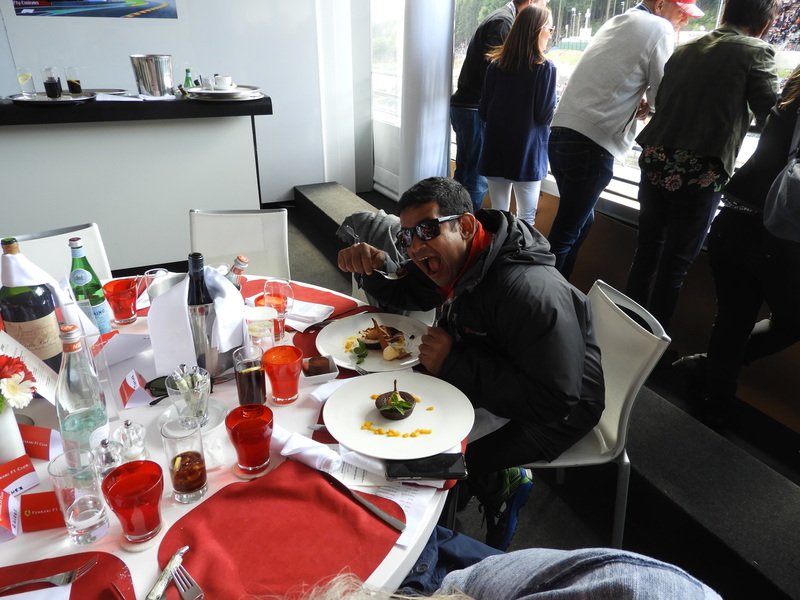 It was soon time for Qualifying. I was able to capture shots only from Q1 since I spent the next two sessions in the garage. 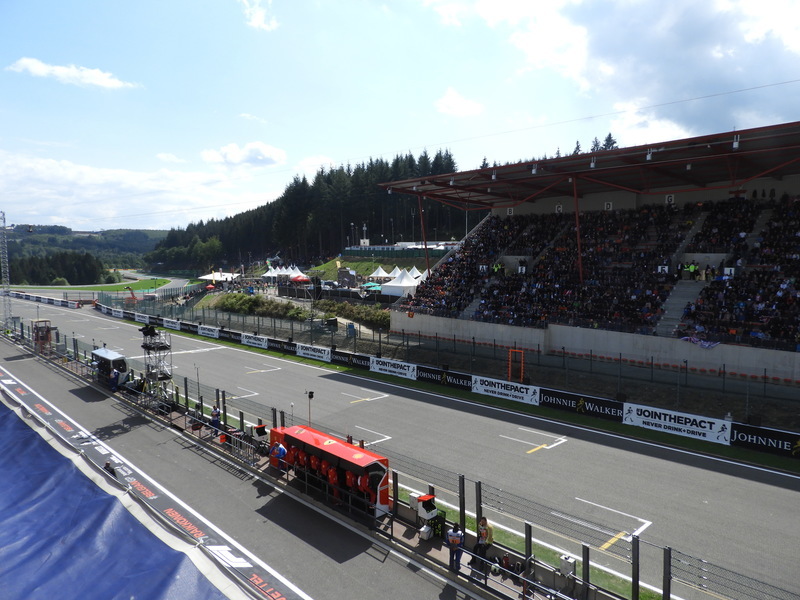 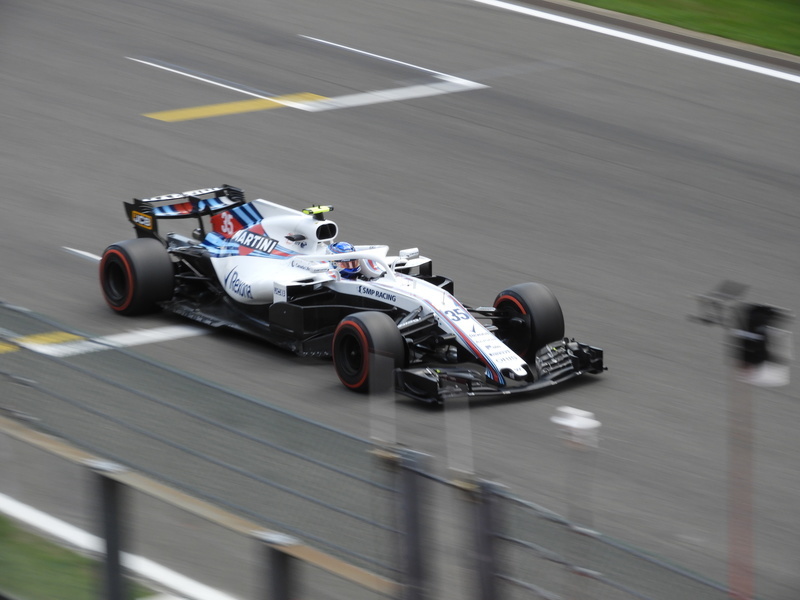 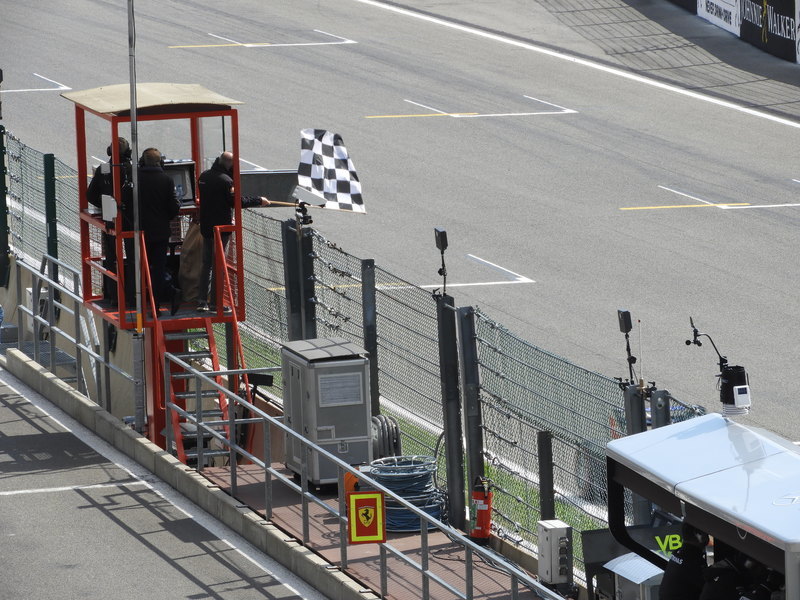 Kimi Raikkonen was fastest in Q1 while Sebastian Vettel topped Q2. However the weather changed drastically and it started pouring in Q3. Shockingly Ferrari fueled Kimi for only one timed lap and as the rain eased off towards the end of the session, the Iceman was stuck in the garage and dropped from P2 to P6 on the grid! Lewis Hamilton took pole from Sebastian Vettel and Esteban Ocon! The latter was a huge surprise as Racing Point timed it right with their lap. Kimi was livid, distraught and going through a range of emotions. Ferrari had messed it up again :( 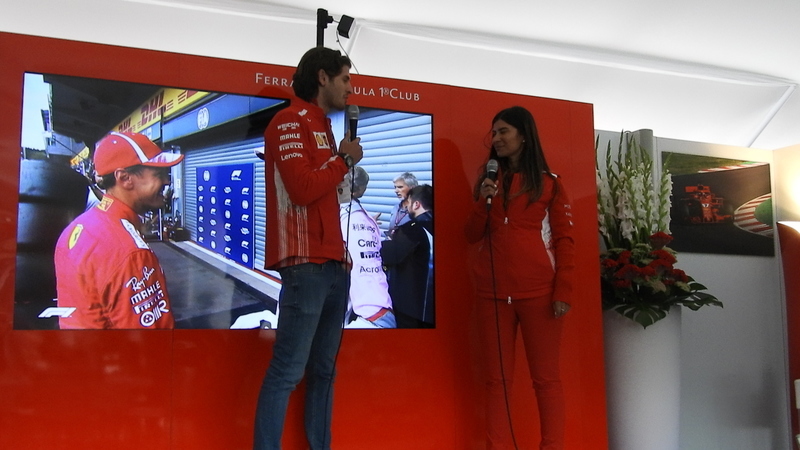 Kimi Raikkonen followed soon after. He was not in a very good mood and understandably so.. 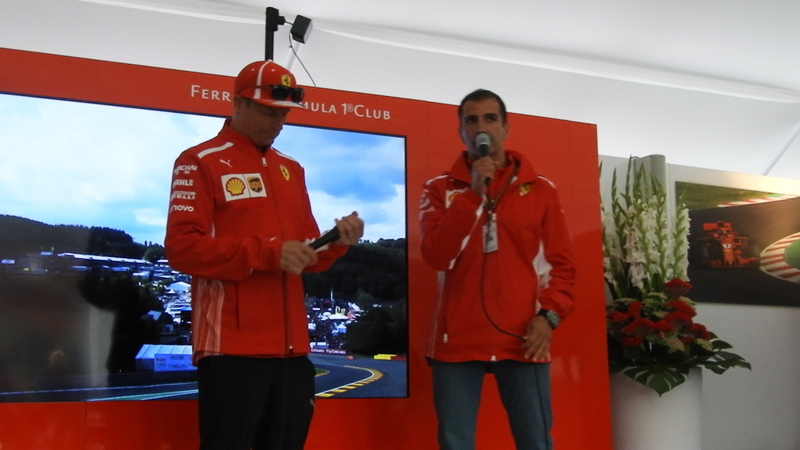 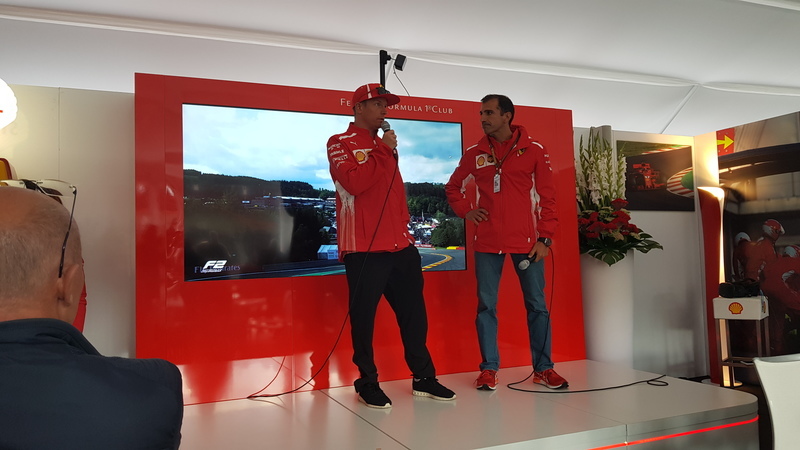 Formula 2 Feature Race follows soon after qualifying and is one of the most exciting support races of a F1 weekend.

Time for the Formula 2 Feature Race : 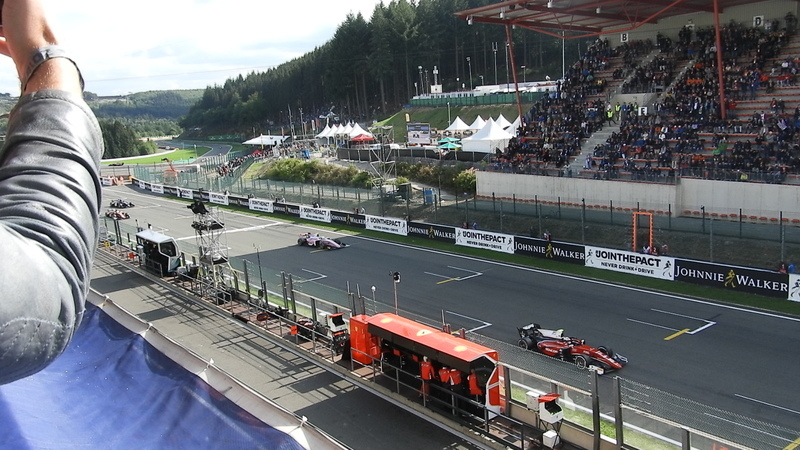 I decided to walk back to the Taxi Stand and as I passed through the Support Races Paddock, I saw a couple of interesting things.

Now that is one way to deck up a Segway! 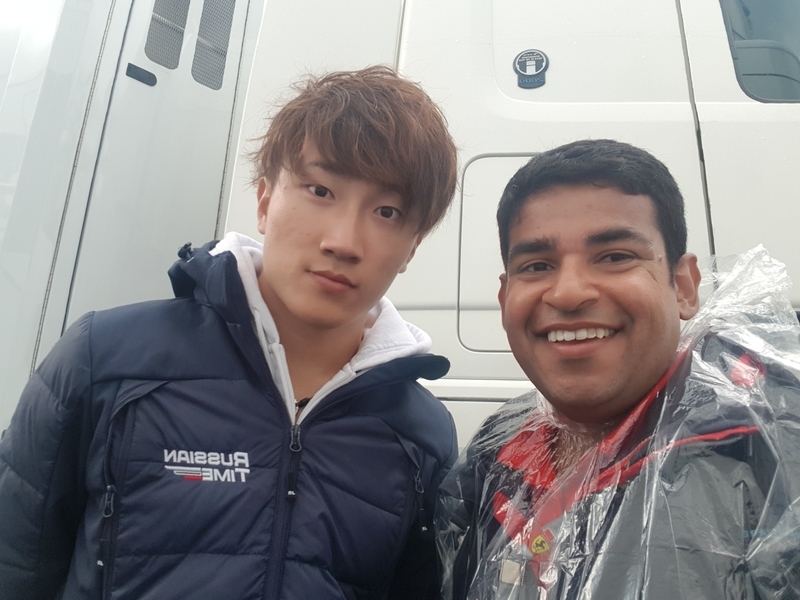 Time to head back to Aachen :

It was a great day at the Belgian Grand Prix. There was immense disappointment with the strategic error made by Ferrari with Kimi Raikkonen but all was not lost. Sunday is what mattered...

Once again thank you to Scuderia Ferrari and Edge Global Events for the amazing hospitality. The Sunday Experience follows soon!