The German GP returned to the F1 Calendar after a hiatus in 2017. Hockenheimring, the circuit in the region of Baden-Württemberg hosted the race. I had the privilege of being there in 2014, my first race as a guest of Ferrari and with Kimi leaving for Sauber in 2019, it was befitting that I be here as a guest of the team again.

The German Grand Prix was held from the 20th to 22nd of July and this year I chose to stay in Mannheim, a city that is just a 30 minute drive from the circuit. Mannheim and Heidelberg are both great towns to stay over a race weekend. Frankfurt is a 75 minute drive from these cities / towns.

I drove to Heidelberg for my race passes.

The Race Passes for the Weekend :

An early morning start on Friday to make it in time for the First Pit Lane walk of the weekend. 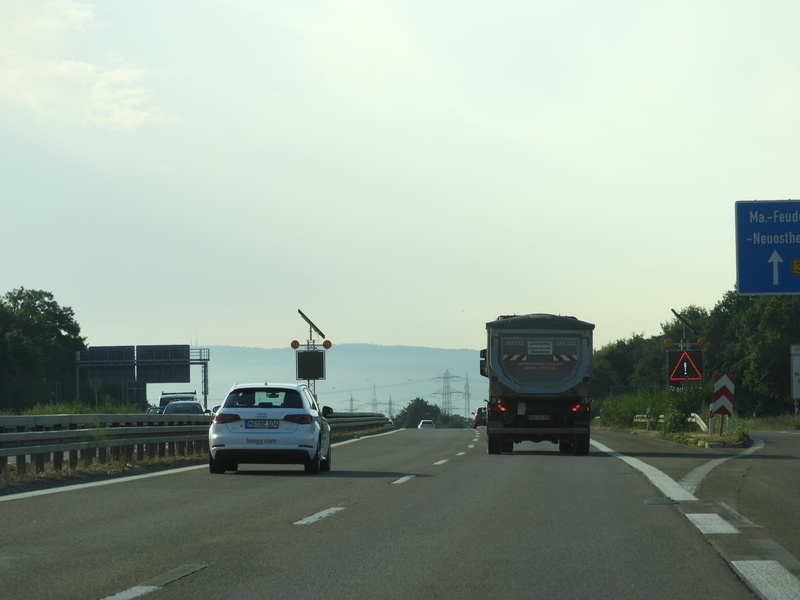 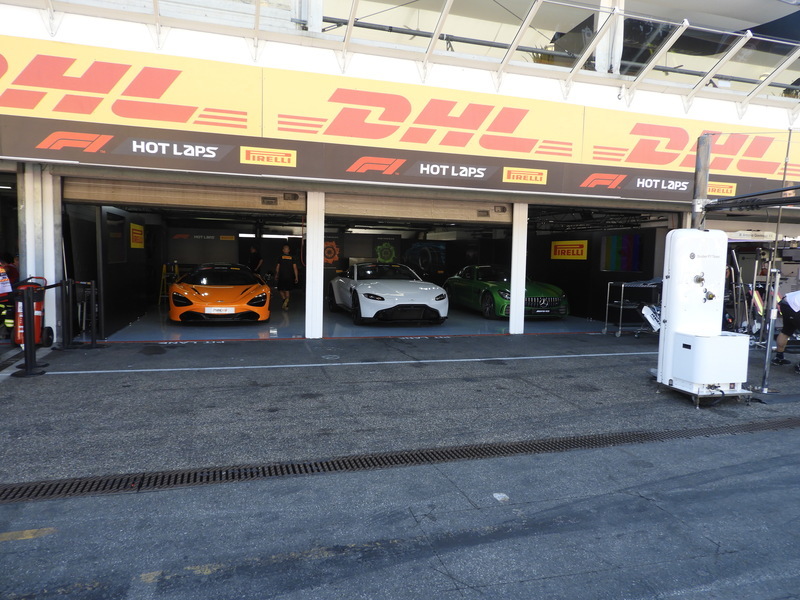 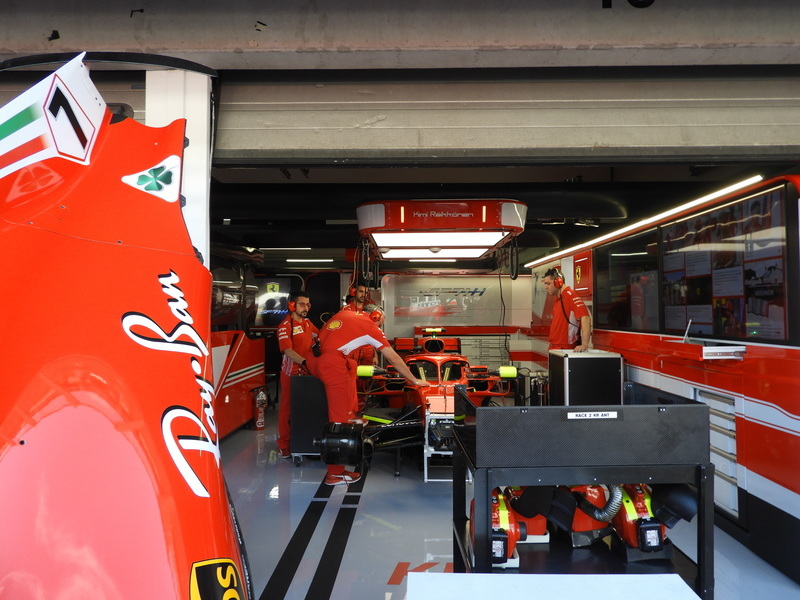 Shots with the GoPro Hero 5 Black : 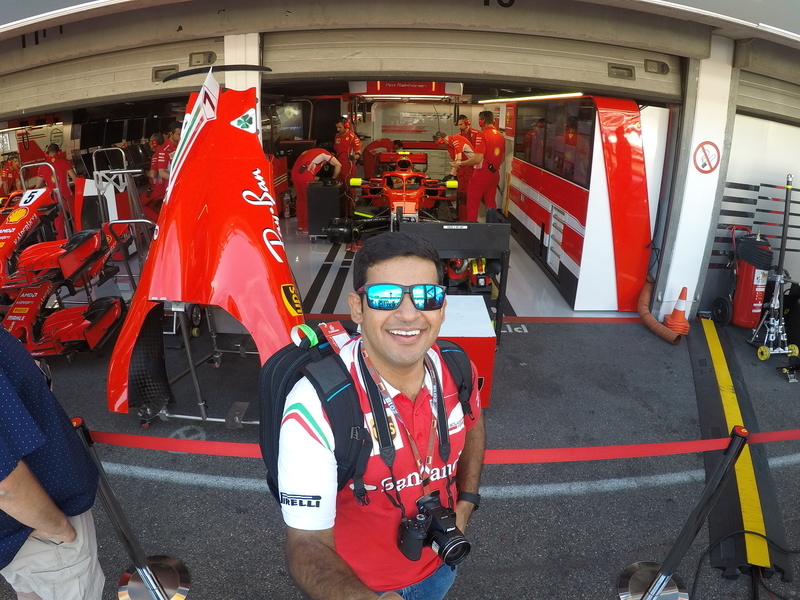 The Pit Lane walk done, the Paddock Club was ready to usher in the guests on the Friday.

Entering into the Paddock Club : 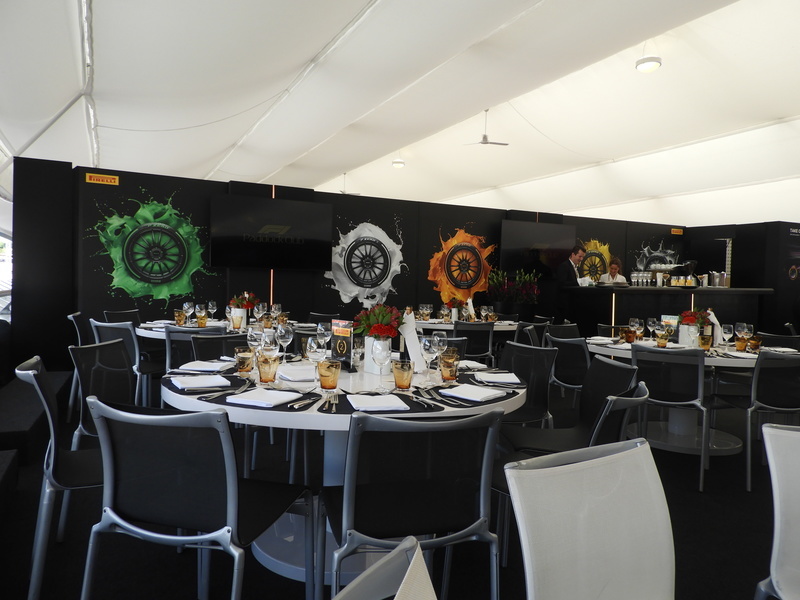 Chase Carey, CEO & Executive Chairman of F1, he is a regular in the Paddock Club maintaining a keen eye on how the product is running: 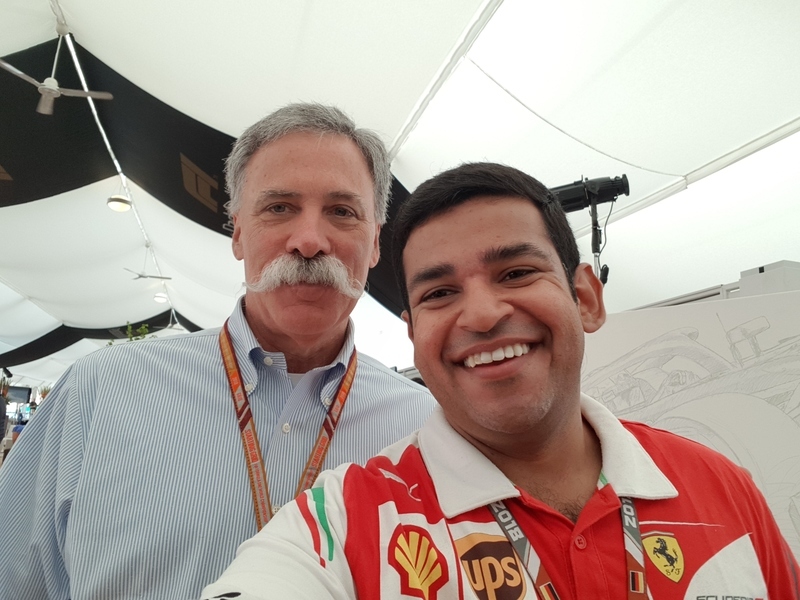 Soon enough it was time for the start of Free Practice 1.

Pit walls occupied by the top bosses of the teams : 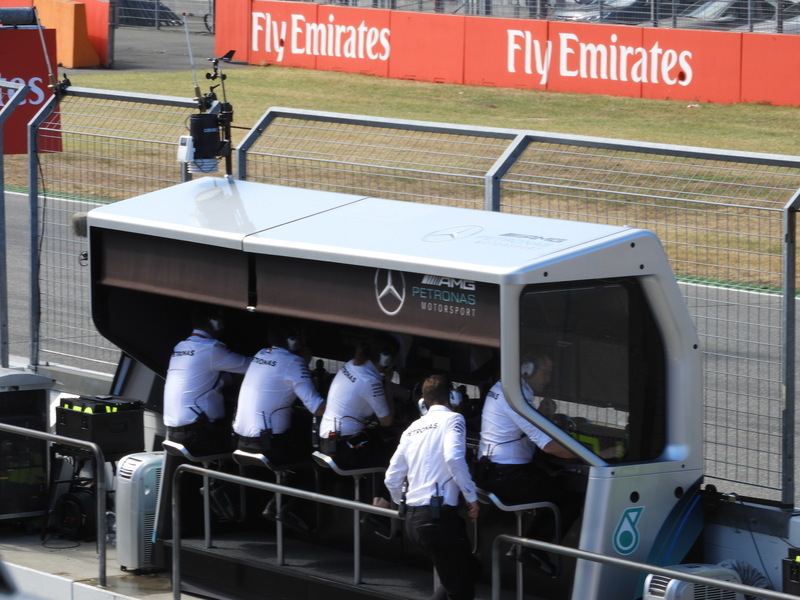 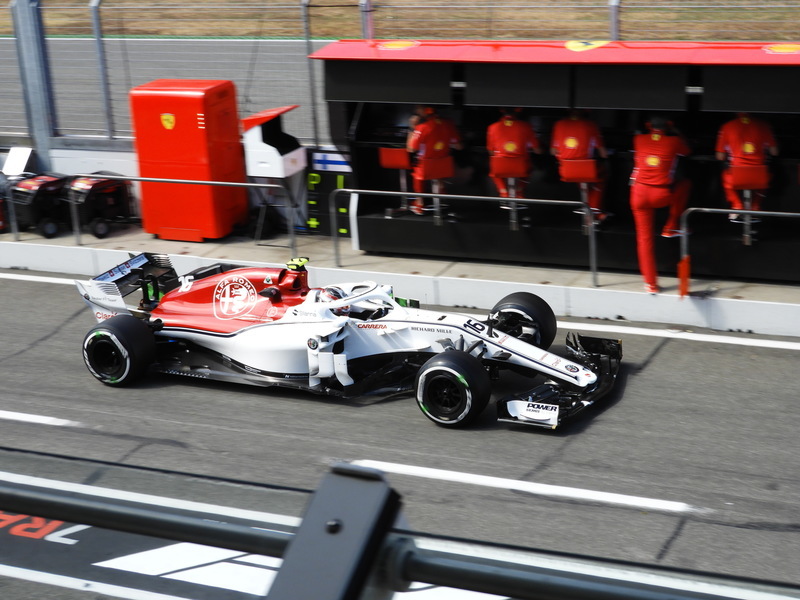 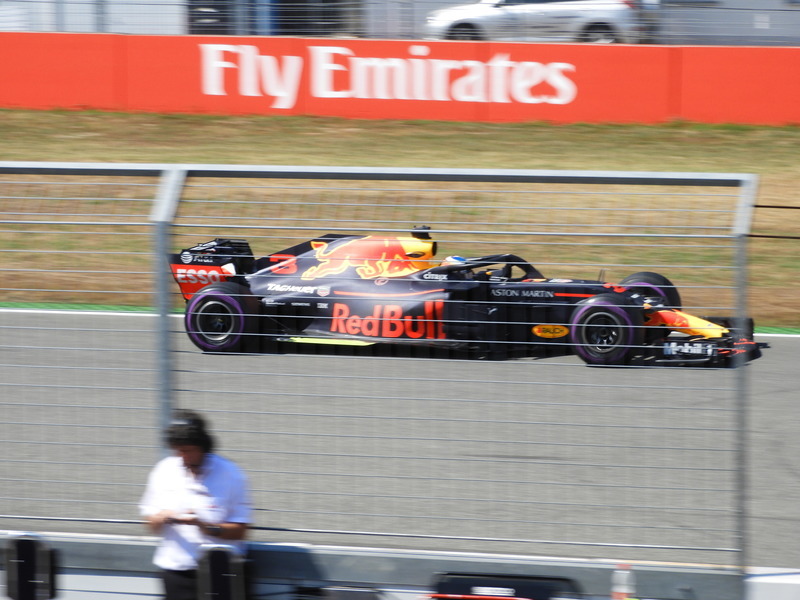 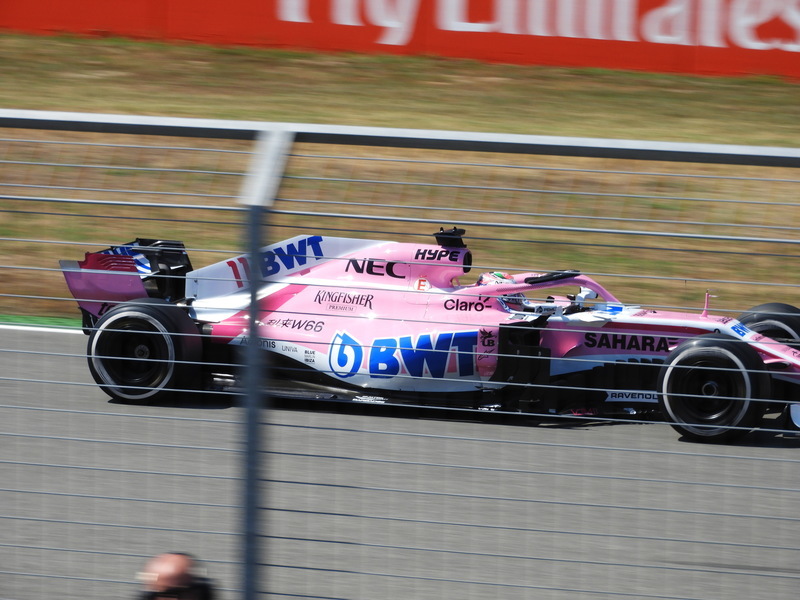 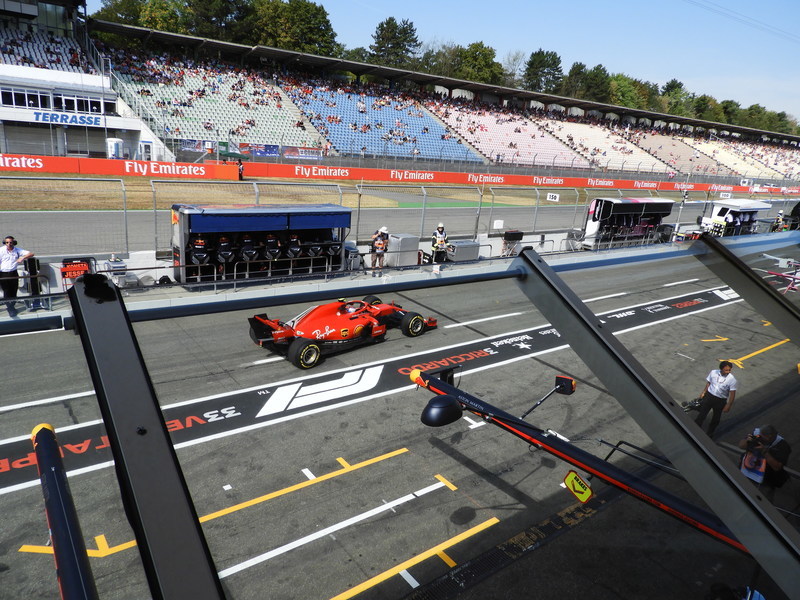 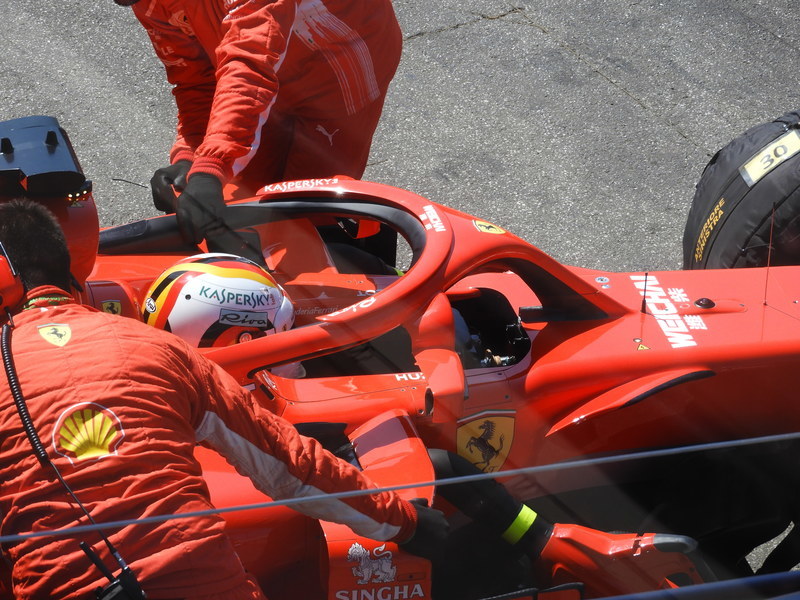 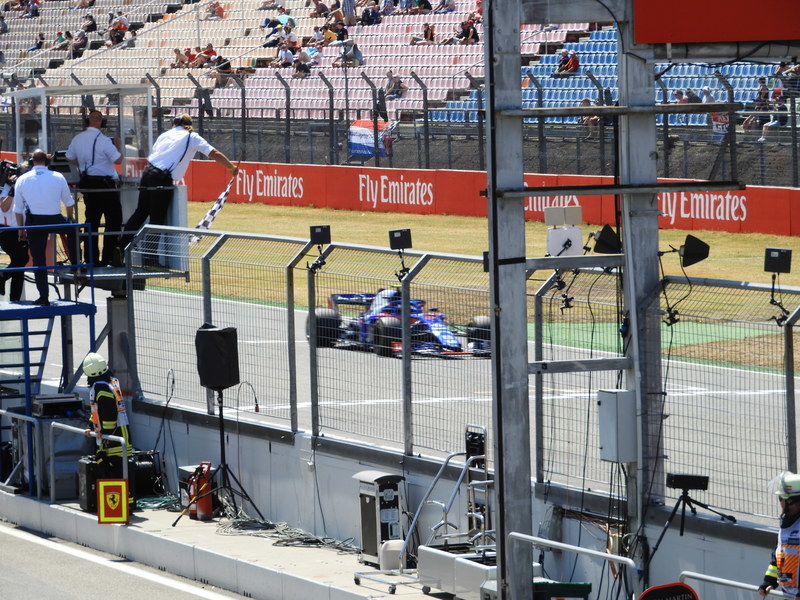 Daniel Ricciardo was the fastest of the session, four thousandths of a second separating Lewis Hamilton and him. Max Verstappen was third with the Ferraris of Vettel and Raikkonen in 4th and 6th respectively.

Marc Gene joined us to brief the guests after FP1 and explore the team's prospects for the weekend : 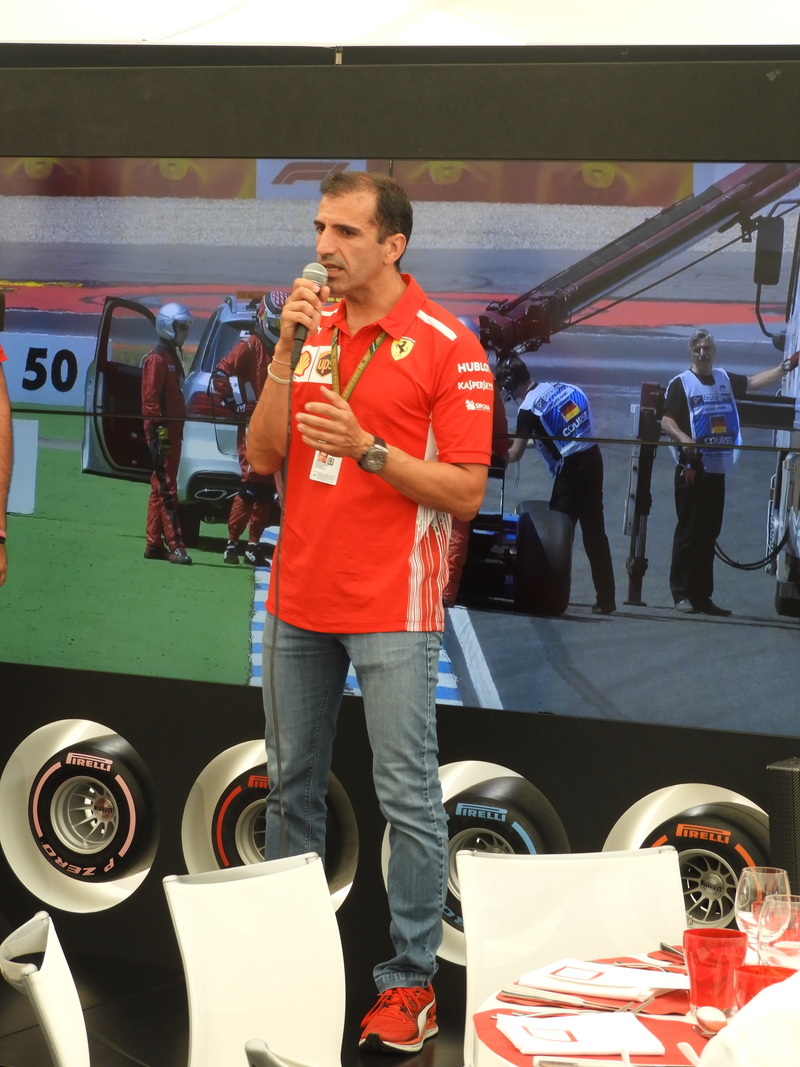 Lunch is served, I prefer sticking to the tried and tested!

A fun feature happening in the Media Pen with Sky Sports F1 :

The 2nd pit lane walk coincided with the First Track Truck Tour of the day and I didn't wanna miss the opportunity of exploring the challenges the circuit poses for the drivers. 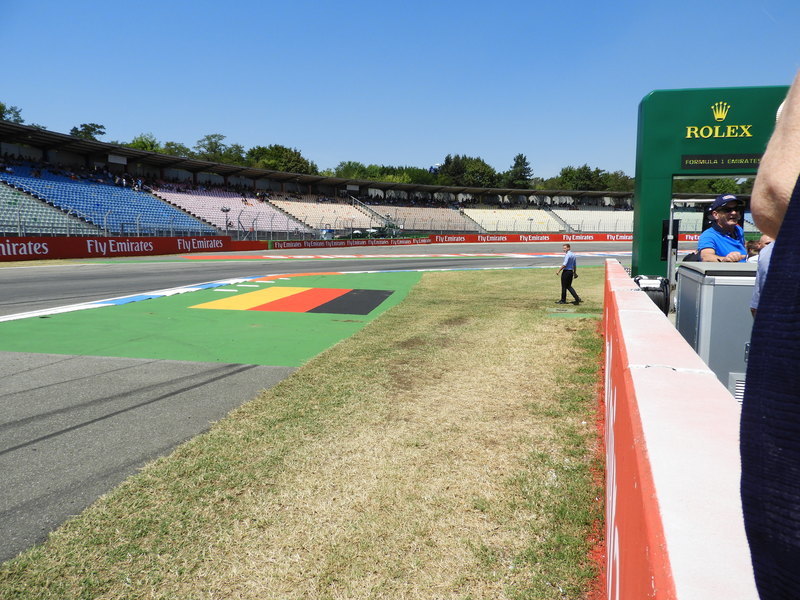 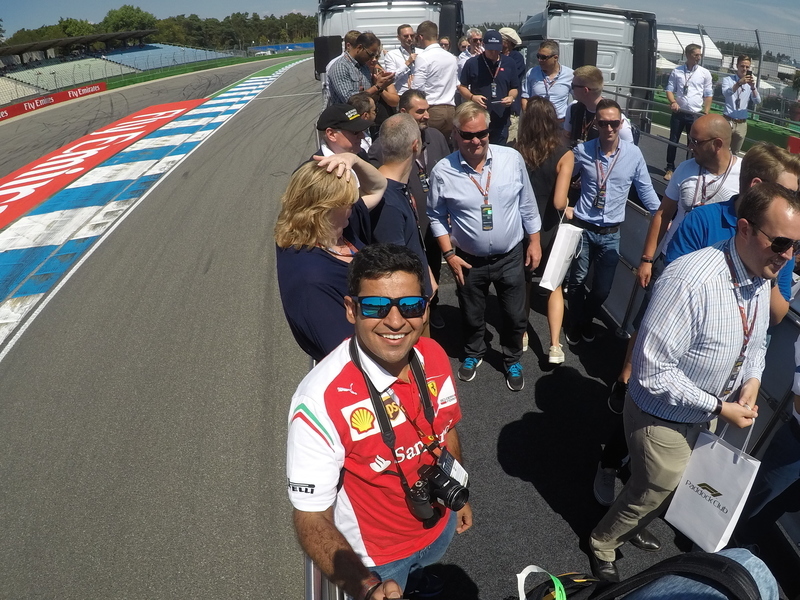 A Selfie with legends - James Towers, Sam Powers, William ( Hosts of F1 Paddock Club with a fair bit of racing history under their belts ), Philipp Frommenwiler ( Endurance Racing ) and Jos Matthews, my dear friend and a thorough Tifosi at heart. 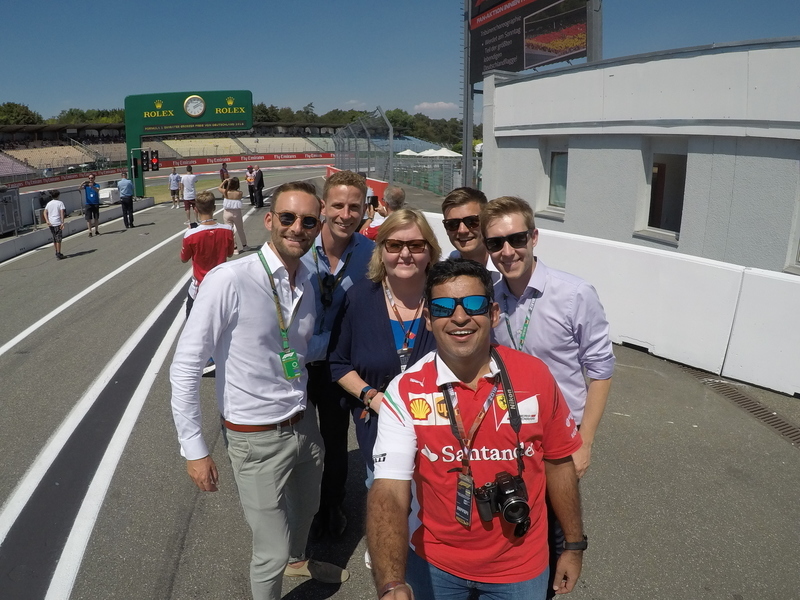 Free Practice 2 commenced and I was in the Garage for most of the session. Some stills from FP2 : 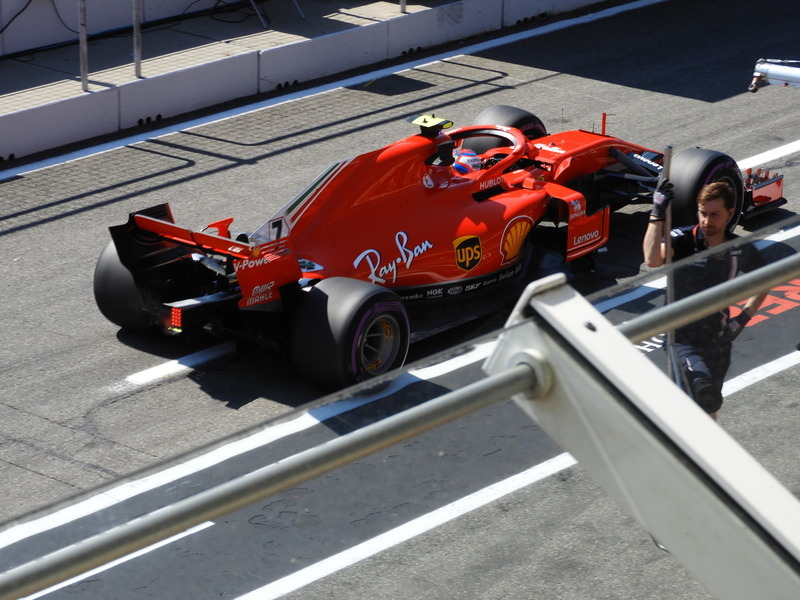 Max Verstappen was the fastest in FP2 from Lewis Hamilton and Valtteri Bottas. Vettel and Raikkonen were P4 and P5 respectively.

Ferrari were kind enough to let us be in the Paddock after the session and roam in the most coveted area for a couple of hours!

Soon enough, I got to meet some F1 Fraternity! 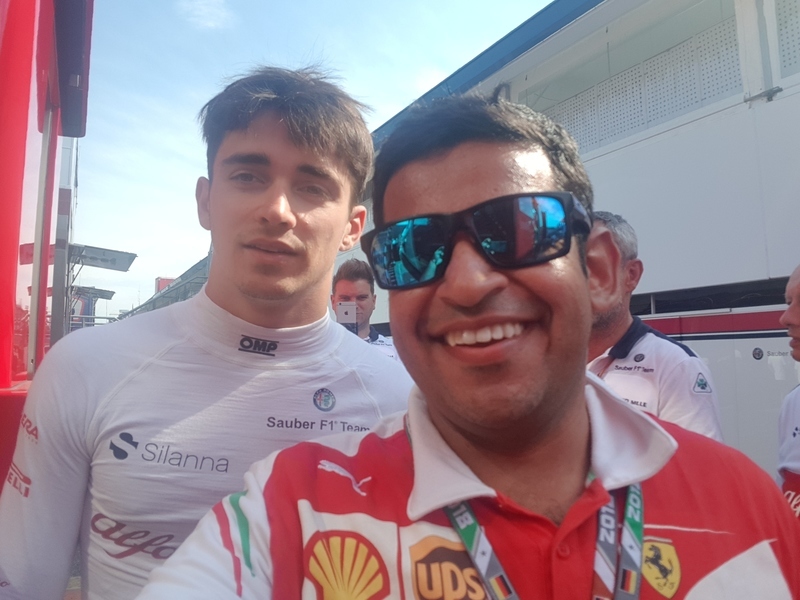 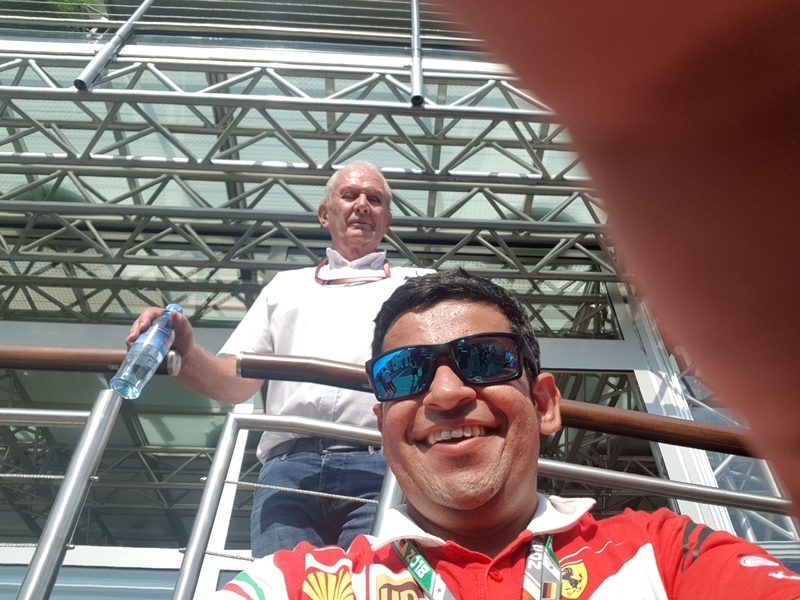 The cars from Pirelli Hot Laps and a Porsche Racing Simulator in the Paddock Club! Wow!

We had to wait before heading to the 2nd truck tour of the day due to cars from the Boss GP Series making their way back after qualifying. These are Old Vintage F1 race cars privately run by their respective owners in the series! 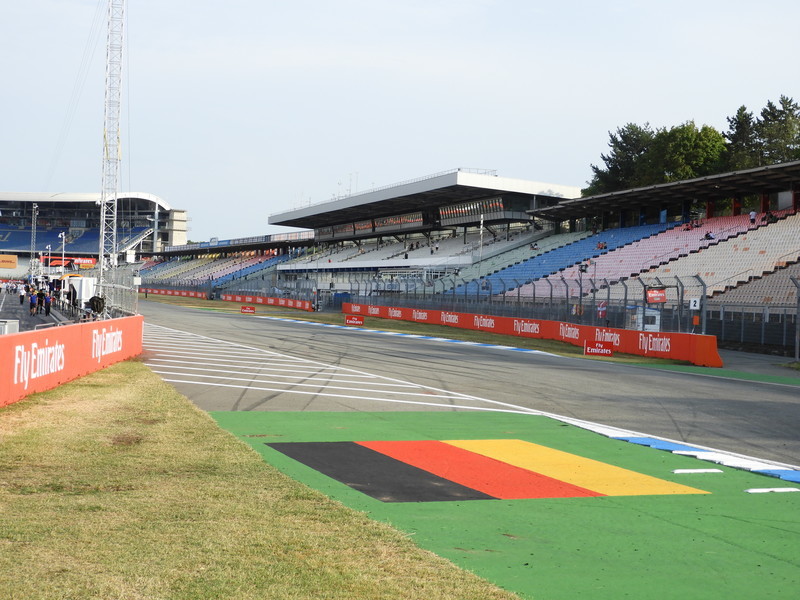 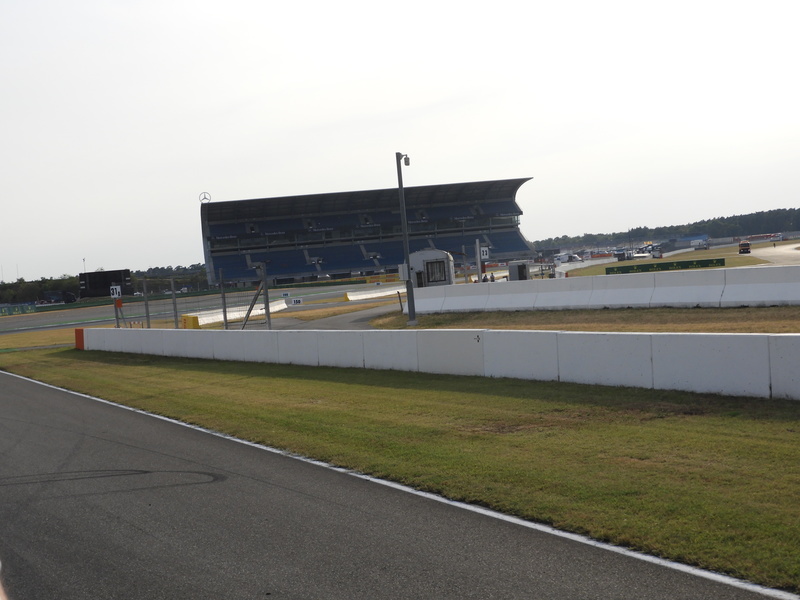 Tour done and it was time to head back to the Radisson Blu in Mannheim! 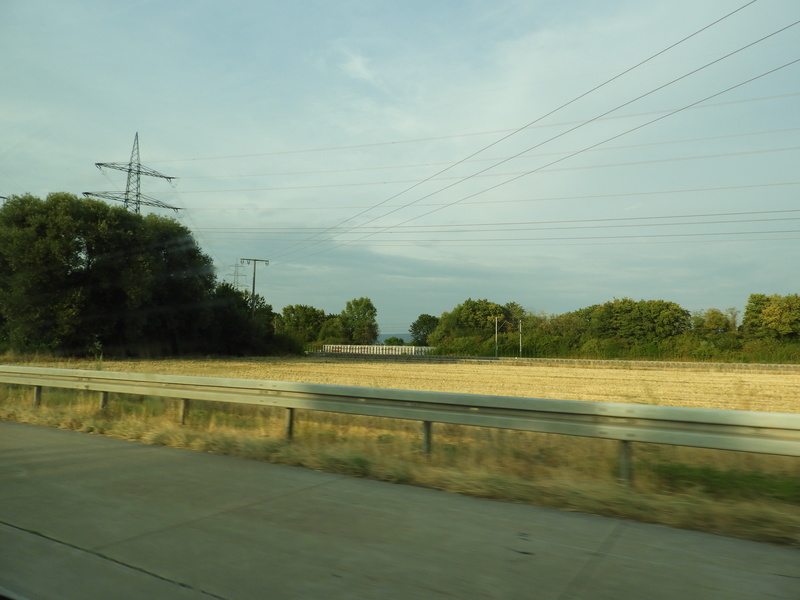 It was a pretty hot Friday at Hockenheim but an enjoyable one nonetheless! Ferrari looked off the pace on Friday but mainly because they were sand-bagging.

Thank you to Edge Global Events for arranging the passes for the weekend and Scuderia Ferrari F1 Team for their Hospitality. Saturday and Sunday Experiences to follow soon.