A lot has happened during the Summer Break in Football. Euro 2012 and Olympics ensured that players stayed in shape before the start of the League Season. Euro 2012 was particularly tiring for some and it wasn't a surprise to see many players excusing themselves from International Duties during the Olympics to get some rest. The Olympics came to a close on 12th August, just a week before the start of the leagues.

The Break is also renowned for the Transfer Season when Clubs go scouting to bring in players they deem fit to play for them. This Season a lot has conspired.

So how have things shaped up prior to the start of the league???

Arsenal entered the market fairly early and acquired the services of Lucas Podolski, Olivier Giroud and Santi Cazorla ( just a couple of days back ).

Arsene Wenger is a wise investor and the arrival of the trio has definitely strengthened the squad. However Arsenal have suffered a huge setback as their Ex-Captain Robin Van Persie felt it was time to leave the club and joined Arch-Rivals Manchester United.

The Departure of the Captain is a blow for any club but Arsene is famous for rallying his troops and producing results. The likes of Jack Wilshire, Aaron Ramsey, Per Mertesacker, Koscielny, Squillaci, Walcott, Arteta combined with the ability of the newcomers make them a force to be reckoned with.

Chelsea offered a 2 year contract to the Interim Manager Roberto Di Matteo. The Italian had fulfilled Abromovich's dream of winning the Champions League.

The Quartet are very young and have done exceptionally well for their former clubs, Oscar though is an unkown entity for most clubs. His performance at the Olympics would definitely boost his confidence.

Chelsea have had to contend with the departure of their Prolific Goal-Scorer Didier Drogba. Saloman Kalou and Jose Bosingwa left the club after rejecting Contract Renewals. Romelu Lukaku has been sent for a season-long loan to West Brom.

Chelsea seem to be lacking Firepower at the front. Fernando Torres would need too find his form upfront. However a Talented Midfield ( The BEST Midfield for me ) would definitely help Torres share the burden of Goal - Scoring.

Roberto Di Matteo needs to play his cards right. Chelsea are definite contenders for the title.

Liverpool have been quite inactive in the Transfer Market. The Arrivals of Youngsters such as Borini, Allen and Assaidi leaves much to be desired.

The onus will be on Gerrard to deliver in the midfield and its quite a big ask. Suarez did well last season and a mis-firing Carroll seems to be finding his feet.

Brendan Rodgers has limited options. Its going to be a difficult season again for Fans as Liverpool clearly lack strength in depth.

Liverpool will struggle. A top 4 finish seems hard. However they can sign someone with a fortnight of Transfer Period left.

The Current Champions have a lot of funds to tinker with. They have a team that can challenge the best of Europe. Can they deliver a repeat of last season? Possible.

City have been silent in the market. Their team is strong enough. The only arrival has been that of Jack Rodwell from Everton.

Departures have been insignificant

Mancini is an excellent manager and knows how to handle his team well. A Fantastic Strength in Depth makes team selection a headache but eases the pressure on regular starters.

The Strongest team on paper.... Can Definitely repeat their performance..

Sir Alex Ferguson - The most decorated manager for any football club knew that reinforcements were necessary to wrestle back the title to the Red of Manchester.

The First Arrival was of Shinji Kagawa from Borussia Dortmund. That was quickly followed by the Arrival of a promising young talent called Nick Powell. The Biggest signing of the season though was the Arsenal Ex - Captain Robin Van Persie.

Was it the best signing?

Considering the need of United, although the Dutch Acquisition seems good business, the 24 Million Pounds could have been invested elsewhere. The Primary Need for United was the arrival of a Central Playmaker and a good Left-back.

Fabio left the Club on loan, so Patrice Evra has to bear the burden of the Left - Back Position.

So United have options galore upfront but are light in the Mid-Field. A cause of concern but Sir Alex Ferguson knows how to handle such situations. ( 1999 Treble Season was similar )

As a UNITED SUPPORTER, MANCHESTER UNITED ARE FAVOURITES TO WIN THE TITLE....

The Likes of Tottenham and Newcastle United would definitely add more Spice to the Title Race.

However there is definitely a Shift in Power.

Liverpool Fans would not like this... Liverpool don't seem to be a Title-Winning Team anymore ( Unless they spend heavy ). 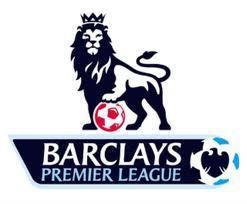