I was busy writing the Day 3 experience from the 2016 Spanish Grand Prix over the past couple of days but what has conspired in the last six hours has made me stop and immediately switch focus to the World of Football.

Its been a long time since I have written something about the sport but the recent developments have persuaded me to pen my thoughts. 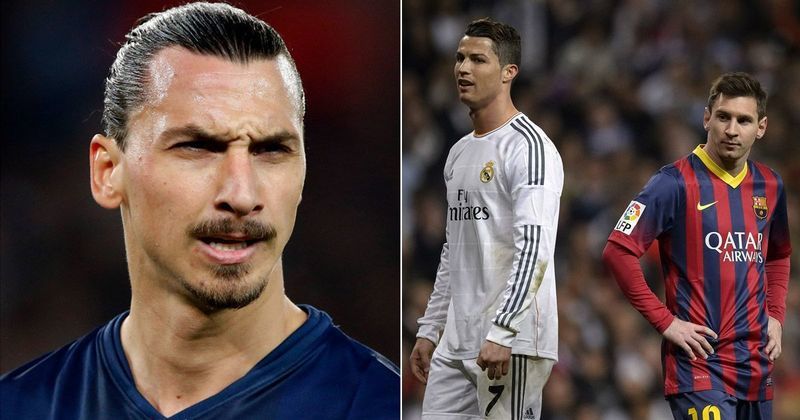 The past week has been quite eventful for the sport. Zlatan Ibrahimovic announced his retirement from the International team at the end of the Swedish European Campaign. Unfortunately they were ousted in the group stages. Zlatan served his country well and the time was right to pass the baton.

Lionel Messi returned from injury for Argentina at the Copa Centenario and propelled them to the finals only to face Chile ( like in 2015 ), miss a penalty in the shoot-outs and come up short again.

Messi was devastated and the tears flowed freely as the 5 time Ballon D'Or winner once again fell short of success for the International Team.

However the news of Messi announcing his immediate retirement from International Football have sent shockwaves around the world.  Aguero & Mascherano followed suit.

Is this a knee-jerk reaction by the 29 year old legend? Is he really the reason due to which Argentina's 23 year trophy drought has not ended?

Rooney, Scholes, Giggs, Terry, Lampard, Gerrard, Puyol, Ronaldinho, Casillas, Kaka, Maldini, Nedved, Zidane, Henry, Figo, Raul and so many others made football the sport we adore and love since childhood.

Lionel Messi & Cristiano Ronaldo are the biggest stars of the Footballing world with a fan following that no one can keep a count of.

Zlatan too has his fair share of followers even in the twilight of his career.


Messi's decision to call it a day with Argentina underlines the pressure of performing that even the best have to endure while wearing national colours.

Ronaldo too faced ridicule due to a missed penalty and lacklustre play at the Euros.

Both Messi & Ronaldo have scaled unthinkable heights in Club Football but have been found wanting at the International level.

The difference between Club and Country is huge. A Player plays week in week out with players from different nationalities at a club and a bond is formed. Making Runs off the ball become muscle-memory and a trust is developed. A chemistry is formed that helps propel many to greatness.

International Football on the other hand features less games compared to Club football. A Player teams up with some people who he used to play against at Club Level and sometimes that same style of play cannot be replicated.

Some Clubs have Fantasy Teams whereas a certain player is the mainstay in his International Squad.

Every Footballer dreams of wearing his National Colours and most would still prefer Country over Club, so the passion to win and succeed increases even more. Sometimes a team, no matter how talented simply fails to win it, be it any tournament. England is one classic example.
We have seen naturally gifted players down the years but Football is a team sport - you win together, you lose together, you score together, you conceed together. There are days when a player can single-handedly change the outcome of a match. There are days when that very player becomes the butt of all jokes amongst fans, specially in the Social Media.


Players like Ronaldo and Messi are captains of their respective countries and this comes with added responsibility.
Ronaldo and Messi have borne the responsibility of carrying their countries to the crown, the former more so. Messi has had better players with him in Argentina ( as against Portugal ) on paper at least but the performances on field is what matters. Ronaldo was ridiculed when he missed the penalty at the Euros and was visibly under pressure with the media harassing him about his lack of performances. The Focus then shifted to Messi who missed the chance of winning the Copa, a cup that escaped his grasp in 2015 as well. Social media left no stone unturned in ridiculing both. Both sets of fans had their field days but Messi's radical call should make us re-examine our attitude towards footballers. Messi didn't play alone and like I mentioned earlier, the other 10 have to perform and support their marquee player to be successful. Argentina misfired as a team, not just one individual.

Germany, Spain, Italy, France don't feature players that can outclass Ronaldo's and Messi's abilities ( legendary if I may say ) but they have a solid set of World Class Players who perform as a team and have enjoyed their fair share of success.

Ronaldo and Messi will continue to be successful at Club levels as they are surrounded by players who understand their game and deserve equal credit as the players themselves. At International Level, some go for glory and in their zest to achieve greatness deny these two the opportunity to play at their highest level; the result then is what we see before us.

Messi's decision shows that footballers are human too and the weight of expectations can be too much to bear sometimes. We as fans will never understand what players like Messi and Ronaldo go through mentally, emotionally and physically when they are on the losing side. It hurts deep to finish second best on 3 occasions in the span of 3 years. They are expected to win it all, produce Man of the Match performances everyday, everytime. Was ﻿Messi ﻿not good enough? No. This has simply drained him and if he feels that his continuity will affect the future prospects of ﻿Argentina, ﻿then he has thought right. His decision, he knows best.

The banter and ridicule is not going to change but for once as a family we can salute the man who has amazed the world of football with his skills and abilities. We are fortunate to be alive in this era.


Although this post has been restricted to Ronaldo and Messi, there are so many others who displayed the same passion and love for football and have the same aura about them in their respective countries.

I Salute them too..

Yes I am a Big Fan of Messi and although I am saddened by this sudden decision of retirement, I still believe Messi will return to don his National Team colours and drive them to success.

I pray that this only turns out to be a sabbatical and I hope I am not proved wrong...