There are trips that one remembers for a long time to come. There are experiences that stay with us for lifetime. 13th May 2017 was one such date.

I was busy attending the Spanish Grand Prix with Scuderia Ferrari F1 Team when I got to meet Mr. Wright, the co-host in the Pirelli Suite. Mr. Wright, a very gracious man invited me to attend the McLaren F1 Team Gala Dinner happening at the Hilton Diagonal Mar in Barcelona, the hotel I was staying at!

I started watching F1 in 1998 and have been a fan of McLaren & Mika Hakkinen since. 2007 saw Kimi Raikkonen leave for Ferrari so my loyalties became divided but McLaren are a team I always want to see do well.

It was impossible to resist such an offer. I rushed to the Hotel, got ready & down I was ready to attend the event! Hilton, sponsors for McLaren definitely know how to host events.

The event was attended by Sponsors viz. Hilton, Logitech, Reuters, Chandon & open to Fans & Guests of the team.

Logitech also tied up with McLaren to announce the latter's entrance into the e-sports arena, announcing World’s Fastest Gamer – the world’s most intense and demanding competition for virtual racers. It’s a contest that will see the winner offered the best job in esports – a role with the Formula 1 team as one of its official simulator drivers!

Time to give you a quick tour of how McLaren hosted its guests for the evening : 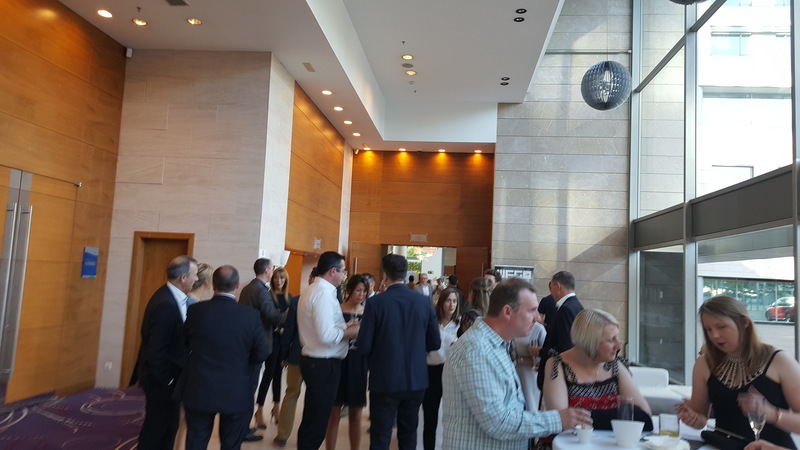 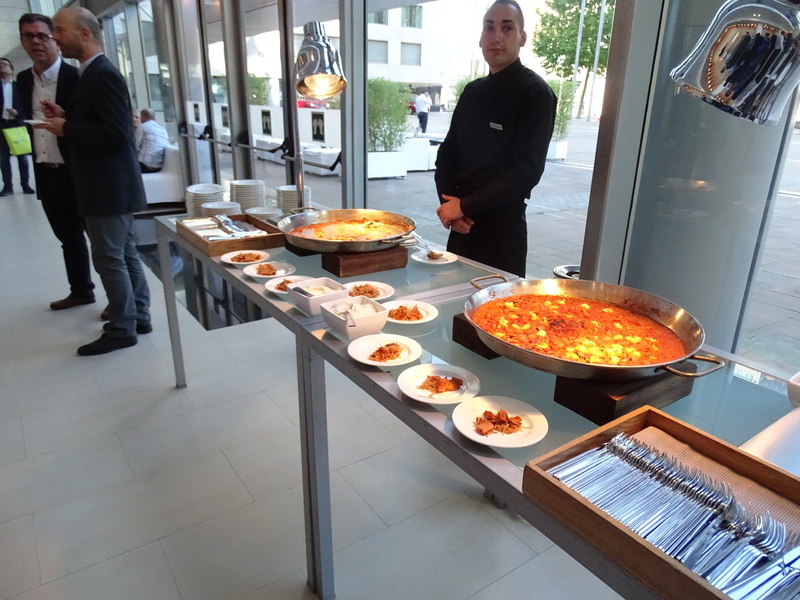 The Host for the evening welcoming us ( Video Link ) :

The Host soon announced that we would be joined by a Former McLaren Driver & 2 Time World Champion MIKA HAKKINEN! 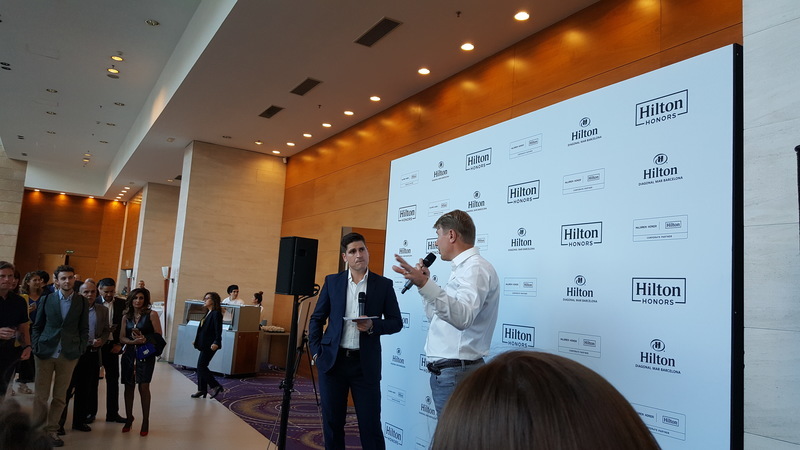 Mika Hakkinen wished us well for the evening and he was soon followed by Fernando Alonso! The Evening just got better! 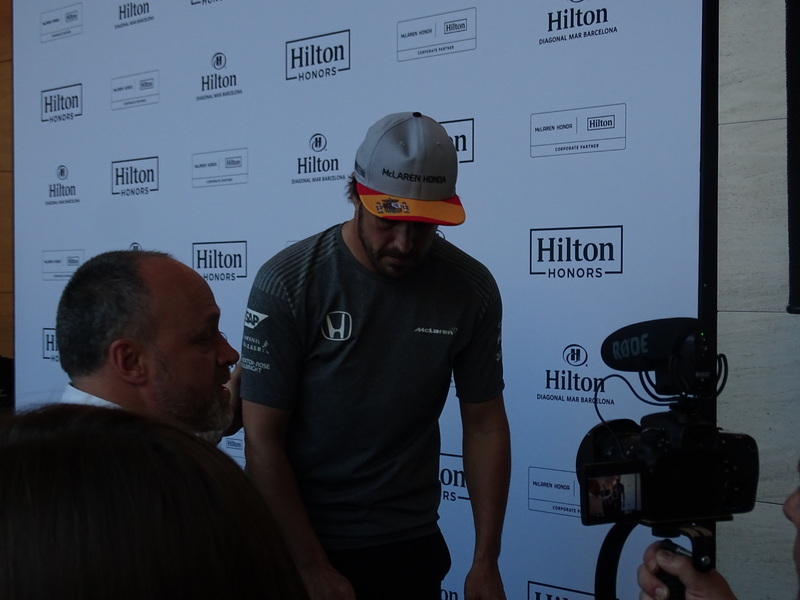 Fernando spoke at length about McLaren's chances for the weekend after his brilliant qualifying result which saw end up in P7 and also the preparations for Indy 500 which was to be held on the Monaco GP weekend. Fernando would head to the airport after the race to get onto a Private Jet to head to Indianapolis for the Practice Session.

I got the chance to get quick selfies with the McLaren Team Principal Mr. Eric Boullier & a rushing Fernando Alonso! 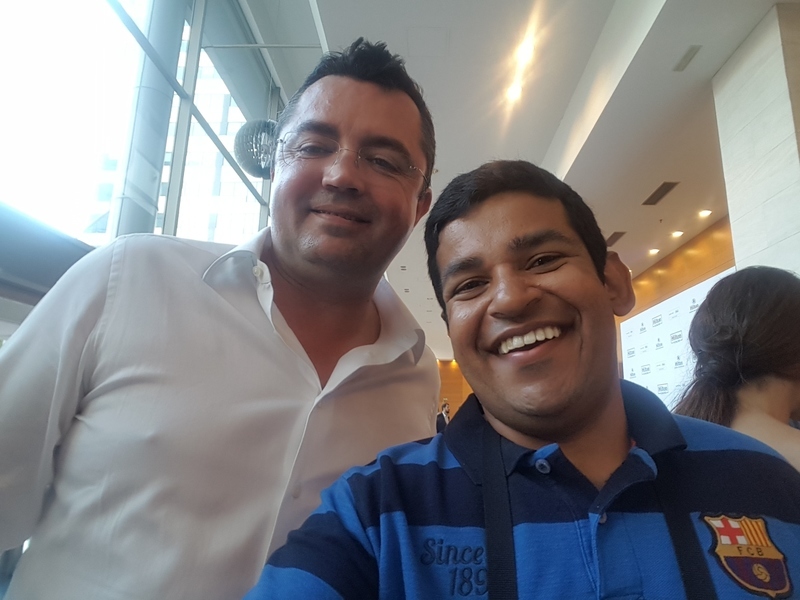 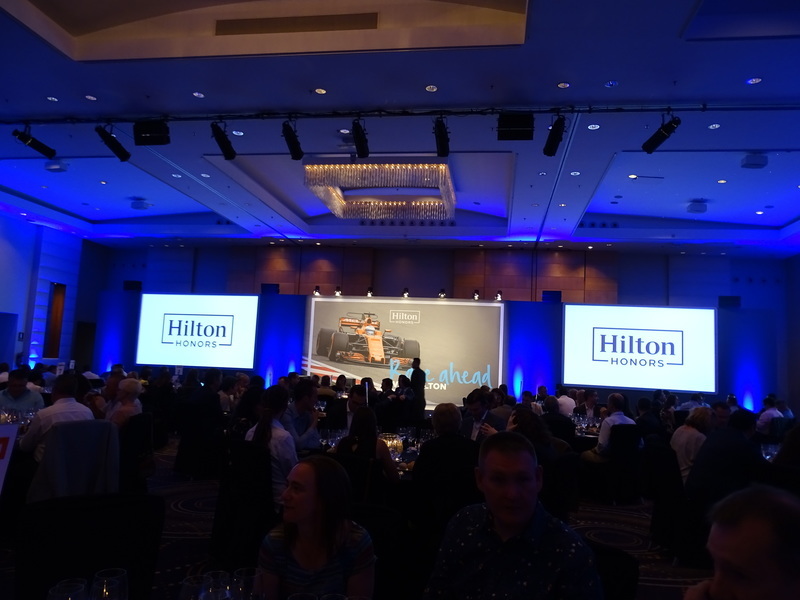 Dinner Service commences! Lip-smacking! One of the best Desserts I ever had! 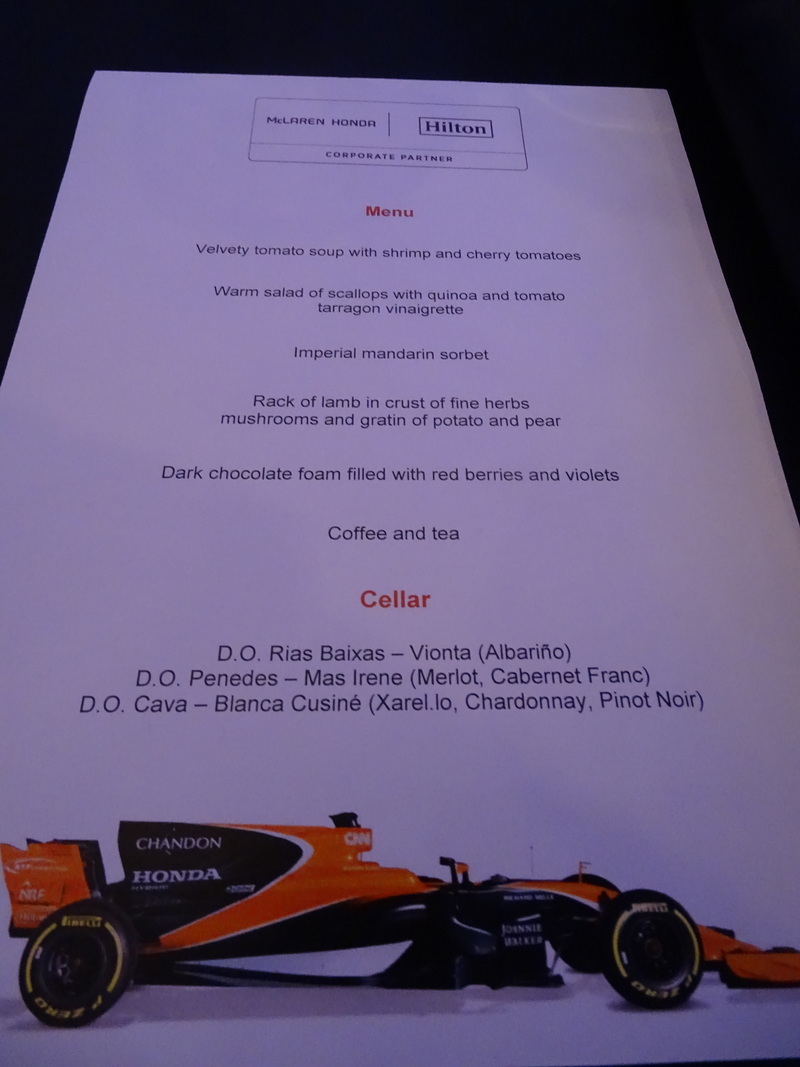 Zak Brown, CEO of McLaren joined us over dinner for a quick interview. The new boss has an elaborate plan to bring the team back to the sharp end of the grid and I like it! 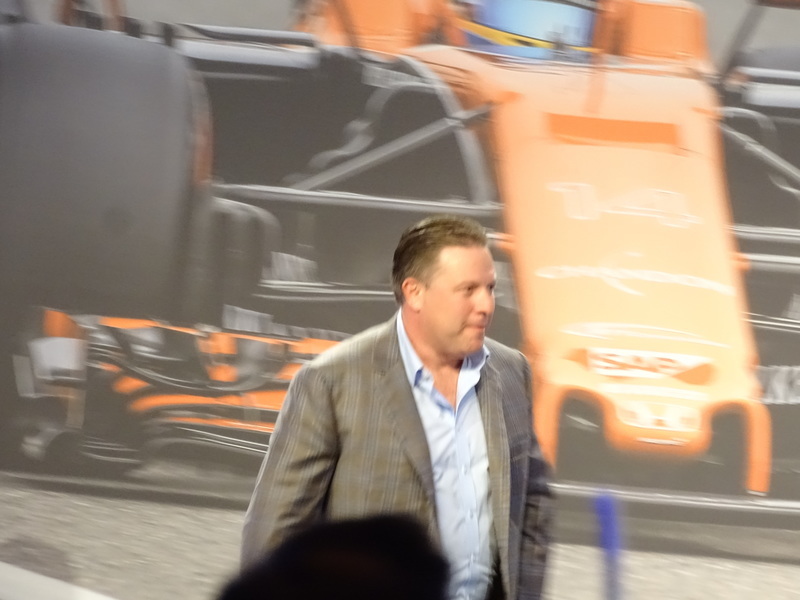 Video Link of the Interview :

While we were enjoying our dinner, Mr. Pedro de la Rosa, Ex-McLaren Driver, Movistar TV Presenter & a thorough gentlemen entered the Ballroom to entertain the guests with his stories! What an amazing human being! He even handed out the latest gear of Logitech - G29 Gaming Wheel & Joystick to a lucky draw winner! 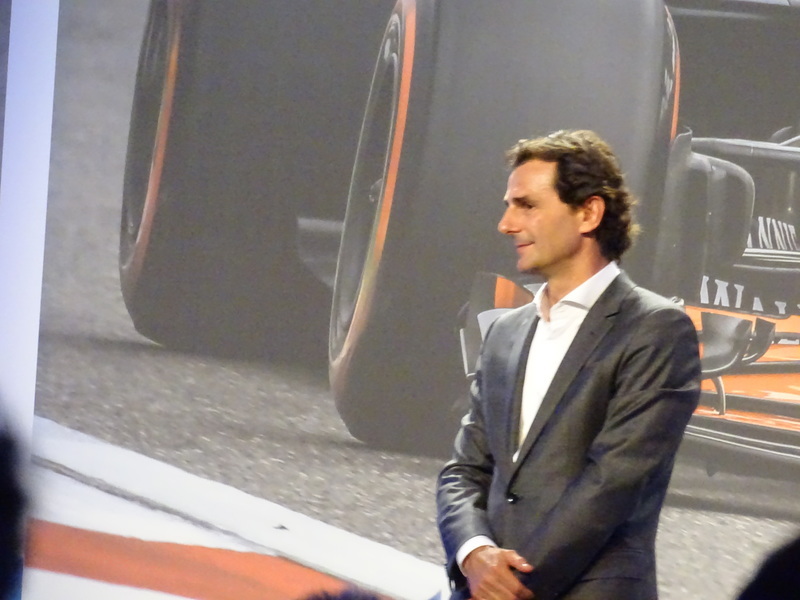 McLaren's hospitality didn't end with the Gala Dinner. The team were gracious enough to offer Signed Caps, Signed T Shirts & a Mega Prize of a 3 day 2 Night stay at any Hilton Property of the winner's choice! The audience were asked the questions, hands were raised & prizes won! I couldn't win any though :( :( 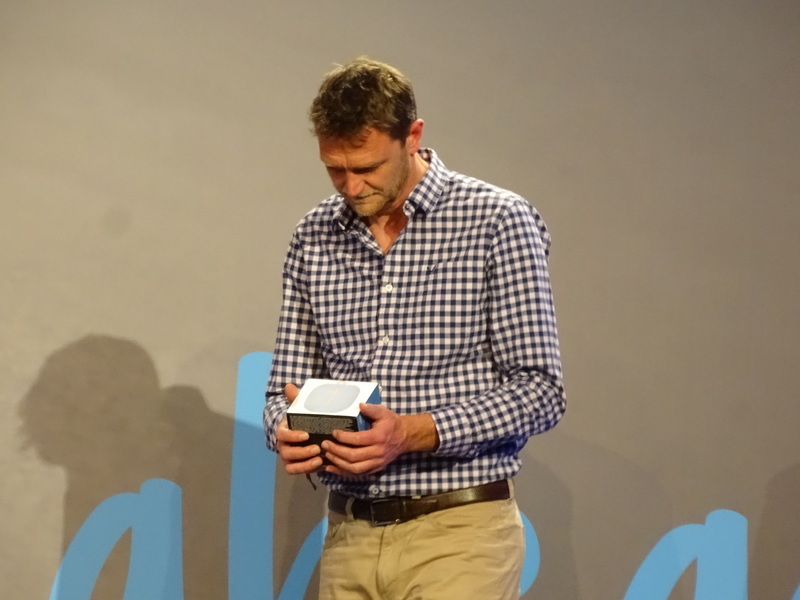 I had the privilege of meeting Mr. Stijn who was so happy to meet a Gold Member on HHonors! 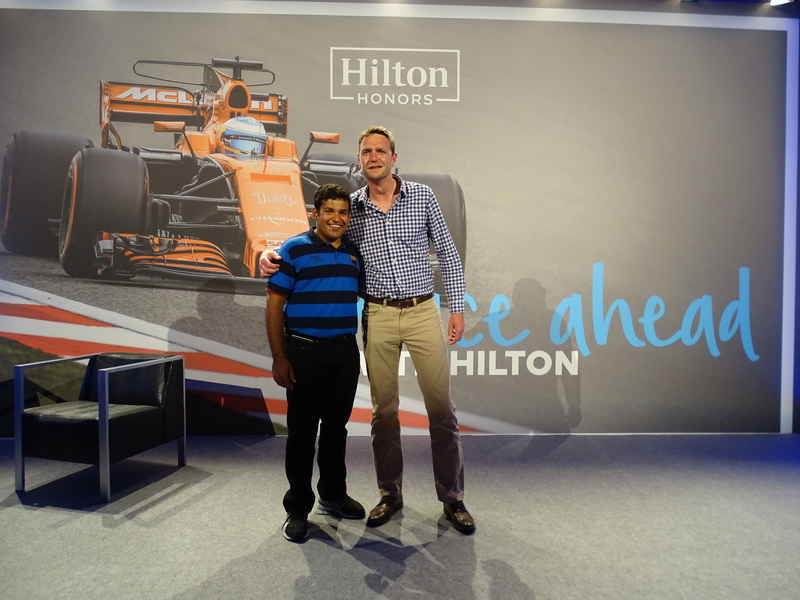 Parting Shots from the night : 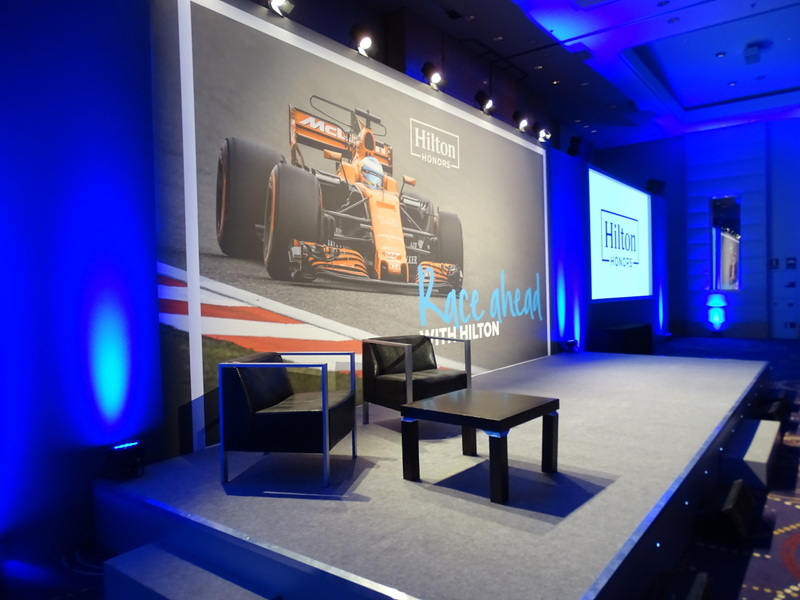 Saturdays on a Race Weekend are pretty quiet for me when I travel - head to the hotel, hot meal and a shower, get the gear ready and have a good night's sleep. 13th May was really special and I had no intention of making it an early night. I did try my hand at the Simulator which had the Logitech G29 Wheel and I must say its far better than my ageing G25 at home. The ergonomics, buttons' layout, feel, force feedback feels just about right and no I am not trying to flatter anyone. I highly recommend this wheel for gamers.

﻿It was a pleasure meeting ﻿F1 loyalists ﻿who shared the table with me. It was great to connect with people who are as passionate as a F1 fan can be!

I would like to thank McLaren F1 Team for their hospitality and a memorable evening. A big thank you to Mr. Stijn and the team from the Hilton Diagonal Mar for ensuring top class service throughout the evening. Hatsoff to Logitech for kick-starting the campaign which could open up new opportunities for gamers in the real world.

Finally a thank you to Mr. Wright from Right Formula for inviting me to this wonderful event.

I wish McLaren F1 & its Sponsors all the best for the season ahead! Onwards & Upwards from here!